At Least, They Saved It For Me

It’s the year 2012. Resident Evil 5 has been out for almost three years, permanently changing the image of the franchise and leading man Chris Redfield to big dumb action, to say nothing of what it did to recurring bad guy Albert Wesker. Silent Hill: Downpour has just launched and absolutely nobody is impressed. Both the big-budget horror franchises I’ve held in my heart have let me down and the first Outlast won’t be released until next year, but that doesn’t matter. My best friend and I are huddled up beside his computer, holding our breath, trying to guide a pixelized little girl through the dark, ominous halls of an art museum gone mad. Spoilers: our first time through, we didn’t make it, and watching one of Ib‘s many bad endings play out sucker punched me in a way few games at the time did. It was a gorgeously-crafted little horror game then and it still holds up today, but even if it didn’t, I’d still love Ib for restoring my faith in horror games.

Of course, Ib wasn’t the only little indie title the two of us played that year or the years after. We laughed nervously at the viscerally uncomfortable flashbacks and scripted sequences straight out of a horror movie in Misao, counted up the many ways you can die in The Witch’s House, and were touched despite ourselves by The Crooked Man‘s somber depictions of depression. There were other games we played–Mermaid Swamp, Paranoiac, the demo version of Mica: Apoptosis, and Wadanohara and the Great Blue Sea, to name a few–but they all had a few things in common. They were all indie titles made in varying versions of RPGmaker or similar programs, they were all quite short, and they scared me in ways that Silent Hill and Resident Evil‘s new installments just didn’t. So let’s talk about it.

In my experience, there are three defining traits of a good RPGmaker horror game: simple and stylized graphics, intimate scares, and a relatively narrow scope. There are exceptions to every rule, of course, but these make for a solid foundation. Games like Ib and The Witch’s House use bright colors, cute visuals, and surprisingly detailed environments to craft otherworldly atmospheres while still looking at simple concepts: a small child lost in an empty art museum or a teenage girl trapped in a house where everything is trying to kill her. Most RPGmaker horror games only last about forty minutes to a few hours in length, making them easy to pick up and blitz through in a single sitting. Their simplicity and short length means they can often end on a strong note rather than worry about stretching things out for several hours, so they rarely overstay their welcome. Plus, they’re often free. I don’t think I need to tell you why that’s awesome.

These titles aren’t as grand or ambitious as Silent Hill 2 or Resident Evil 4, and they don’t need to be. Most of them were created by just one developer in their spare time. They aren’t trying to change the medium of gaming. They’re just here to give you as many scares as they can with their simple graphics, short playtime, and small-scale concepts, and more often than not, they succeed. Themes of bullying, murder, mental illness, and being trapped in a dangerous world which no longer feels familiar have a way of resonating with people. No wonder many of the games I played back then have since been re-released commercially. These simple, short, and often very artsy games were a welcome shift back to the roots of the horror genre at a time when it seemed like every big horror franchise was transitioning into action. And I’m far from the only person who felt that way, because the influence of these short, story-driven, puzzle-heavy, anime-inspired sprite games are still visible in modern indie horror games to this day.

Modern indie horror has expanded in scope, visuals, and creative game mechanics. Omori features hand-drawn animations in battles and cutscenes as well as gorgeous spriting while Vincent: The Secret of Myers goes for a slick, cartoony art style and To-Do List has some of the most viscerally horrifying facial expressions I’ve ever seen in a game. Cursetorn adds in survival gameplay, Bete Gris is functionally a 90s-style isometric adventure game, and Sacrifices Must Be Made–and its upcoming expansion, Inscryption–are card games. Despite these differences, it’s still easy to draw connections back to the early crop of spooky indie games, especially when it comes to those three defining traits.

Omori may be longer and more visually complex than its ancestors, but it keeps to a simple theme of grief, depression, and trauma. Bete Gris keeps its anime-inspired art simple and its horror to the point despite its puzzle-based adventure game mechanics. Sacrifices Must Be Made and To-Do List take full advantage of their gruesome narratives and simple but unsettling graphics to make the act of playing the game horrifying in itself. It’s all incredibly nostalgic.

New programs and tools have risen to accompany RPGmaker and its ilk, but it can’t be denied that the RPGmaker horror craze changed the genre of horror gaming. The relatively simple art and programming requirements gave rise to a boom of creative indie horror, many of which are still being played and remade today. I know their short lengths, cute aesthetic, and often brutal stories had an impact on the way I write. Not bad for a bunch of one-to-two hour horror games slapped together by one-man dev teams, huh?

Fingers crossed that Ib makes its way to Steam one day. What’s your favorite RPGmaker horror game? Let us know in the comments below or let us know on Twitter, Facebook or Instagram. 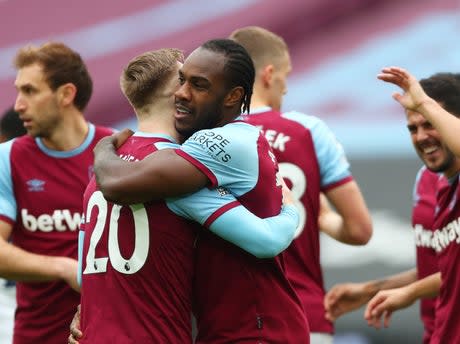 Edible Bugsnax Are a Thing Now