Skip to content
Home>> Sports>>UNC basketball vs Florida State: How to watch the game, betting lines 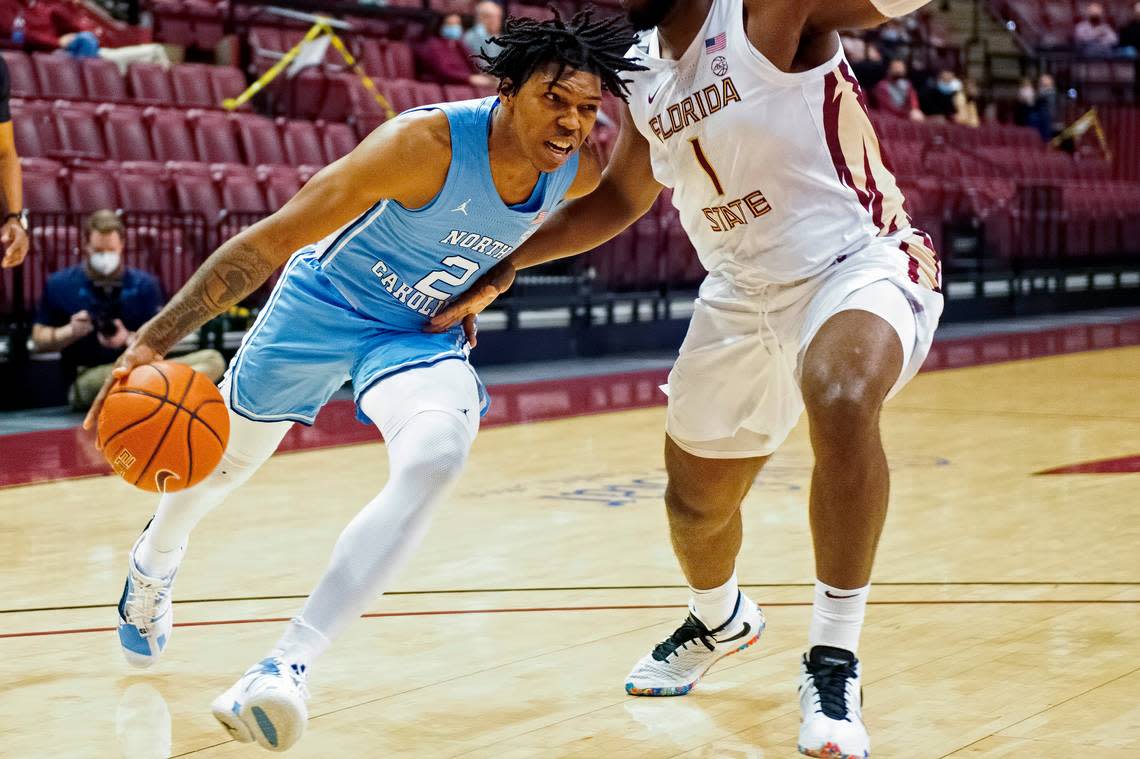 North Carolina takes on No. 11 Florida State still looking for a marquee win on its NCAA tournament resume. That’s why Thursday’s announcement by UNC that it will allow fans — the maximum of 15 percent capacity allowed by the state — to attend could be bigger than expected.

The Tar Heels (14-8, 8-5 ACC) have not played in front of a home crowd of more than few dozen family members and friends this season because of COVID-19 restrictions on attendance in indoor arenas.

The Seminoles (14-2, 10-2) are in first place in the ACC and bring a four-game win streak into the Dean E. Smith Center. But the Heels have won the last five meetings in the series played in Chapel Hill.

UNC coach Roy Williams is going for a career milestone. Should the Heels pull out a victory it would give Williams 900 career wins, putting him on a short list with Indiana’s Bobby Knight, Syracuse’s Jim Boeheim and Duke’s Mike Krzyzewski as the only coaches to reach that feat in Division I basketball.

How to watch the Tar Heels and Seminoles

The game tips off at 4 p.m. and is televised on ESPN, which is available on all satellite, cable and streaming TV services.

Florida State opened as a 1-point favorite and the line as of Friday evening is still at 1, according to Vegas Insider. The over-under is 150.5 points.

Anthony Hopkins Remembers It All

No. 21 Duke aims to continue improvement vs. No. 19 Virginia Tech