Qualcomm may have the successor to last year’s excellent Snapdragon 765 system-on-a-chip (SoC) on the way.

XDA Developers spotted leaked details about the Snapdragon 775 on the ‘XiaomiUI’ Telegram channel. The channel isn’t affiliated with China-based smartphone manufacturer Xiaomi, however.

The leak specifically references the ‘SM7350 Platform,’ which XDA notes Qualcomm could market it as the Snapdragon 775. The leak includes an image of what appears to be internal documents with a high-level comparison to the SM7250, last year’s Snapdragon 765.

Further, XDA says its own sources verified the leak’s content but noted the images were of an older version of the document. In other words, take the details with a grain of salt — things may have changed.

Significant changes in the 775 include that it will use a 5nm process, an upgrade from the 7nm process used in the 765. Additionally, the 775 may use a new Kryo 6-series CPU core, although the document didn’t include specific configuration details.

Additionally, the SoC could support either LPDDR5 RAM clocked at 3,200MHz or LPDDR4X at 2,400MHz, support up to UFS 3.1 storage and feature a Spectra 570 image signal processor (ISP). Further, the Spectra 570 may handle up to three 28-megapixel cameras simultaneously and 4K/60fps video recording.

On the connectivity side, the 775 could include LTE and 5G mmWave support, Wi-Fi 6E and more.

While there’s no indication of when Qualcomm will launch the 775, the leak does confirm it exists. Hopefully, it’ll arrive soon. Last year’s 765 and 765G variants powered several device, including the Pixel 5 and Pixel 4a 5G — it’s possible the Pixel 5a or maybe even the Pixel 6 could utilize the 775 when they arrive later this year.

Mets’ Michael Conforto on contract extension talks: ‘Nothing to report on my end’ 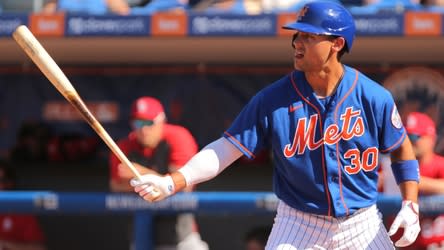 Covid: Are we following the government’s stay-at-home message?