The decision is likely to inflame anger among Navalny’s supporters, as tens of thousands of Russians have turned out for protests over the past two weekends, many demanding the activist’s release.

Navalny was detained two weeks ago upon his return to Moscow from Berlin, accused of failing to meet his parole terms under a 2014 suspended sentence for embezzlement — a case he has dismissed as politically motivated.

Navalny was handed a three-and-a-half year suspended sentence in the 2014 case along with five years of probation. The court on Tuesday ruled that he violated the terms of his probation and order his suspended sentence to be replaced with a prison term. The judge took into account the 11 months Navalny spent under house arrest as part of the case.

A perennial thorn in President Vladimir Putin’s side, Navalny had spent five months in Germany recovering from Novichok poisoning before his return to Moscow on January 17. He has blamed the attack on Russian security services and Putin himself, accusations that the Kremlin has repeatedly denied.

In court, Navalny demanded to know how he could have better informed authorities of his whereabouts while comatose.

“Can you explain to me how else I was supposed to fulfill the terms of my probation and notify where I am?” he said from his glass enclosure in the courtroom.

A prison service representative responded by asking why he had not provided documents to explain the serious reasons that prevented him from showing up for inspections.

“Coma?” Navalny shot back. “Why are you sitting here and telling the court you didn’t know where I was? I fell into a coma, then I was in the ICU, then in rehabilitation. I contacted my lawyer to send you a notice. You had the address, my contact details. What else could I have done to inform you?” he said.

“The President of our country said live on air he let me go to get treatment in Germany and you didn’t know that too?”

In a separate outburst, Navalny described Putin as a “little thieving man in his bunker” who “doesn’t want me to set foot on the ground in Russia.”

“The reason for this is the hatred and fear of one person who is hiding in the bunker. I’ve offended him so deeply by the fact that I’ve survived,” Navalny charged.

When a prosecutor tried to object, Navalny snapped back: “I don’t need your objections.”

“He can pretend he is this big politician, the world leader, but now my main offense to him is that he will go down in history as Putin the Poisoner. There was Alexander the Liberator and Yaroslav the Wise, and there will be Vladimir the Poisoner of Underpants,” Navalny added.

“He is not engaging in geopolitics, he holds meetings on how to smear underwear with chemical weapons.”

A CNN-Bellingcat investigation in December implicated the Russian Security Service (FSB) in Navalny’s poisoning, piecing together how an elite unit at the agency trailed the activist and his team for years, including on the trip to Siberia when Navalny fell ill from exposure to military-grade Novichok.
Navalny also duped one of the agents into revealing that he was poisoned with the nerve agent Novichok applied to his underwear.
Putin himself said in December that if Russian security services had wanted to kill Navalny, they “would have finished” the job. Reacting to the investigation at the time, Putin didn’t dispute any details of the findings but essentially confirmed that FSB agents did indeed trail Navalny.

Tuesday’s hearing opened under a heavy security presence, with riot police securing the court building and cordoning off the general area with police vehicles, trucks and vans. Nearby streets were open but closed to pedestrians and protesters with barricades.

CNN reporters witnessed police detaining dozens of people outside the court before the hearing had begun.

Russian authorities had repeatedly threatened to jail Navalny if he returned from Germany to Russia. Navalny’s lawyers previously told CNN they had little hope for his release, and criticized the Kremlin’s control of the country’s courts.

In their defense, they argued the prison service was well aware of Navalyny’s whereabouts as it received a notice from him in early December. His lawyers also presented a letter from Berlin’s Charite Clinic showing that he was in rehabilitation up until his return to Russia.

On Sunday, protesters across the country were met with the harshest show of force by Russian security services in years. More than 5,000 people were detained in at least 85 cities, according to the independent monitoring group OVD-Info, a record since 2011 protests. Navalny led mass protests in 2017-18 against Putin’s government.

Most of Navalny’s key allies and some family members have been detained or put under house arrest in recent weeks, feeding fears of growing political repression. His wife, Yulia Navalnaya, has been arrested twice since she returned to Moscow with her husband. She was released Sunday soon after being detained.

“Yulia, they show you on TV and keep talking about your radical behavior. Such a bad girl, I’m proud of you,” Navalny said shortly before his hearing began.

Navalny’s allies have already called for another round of nationwide demonstrations next weekend.

Out of Miller’s shadow, Barrett aims to follow his footsteps 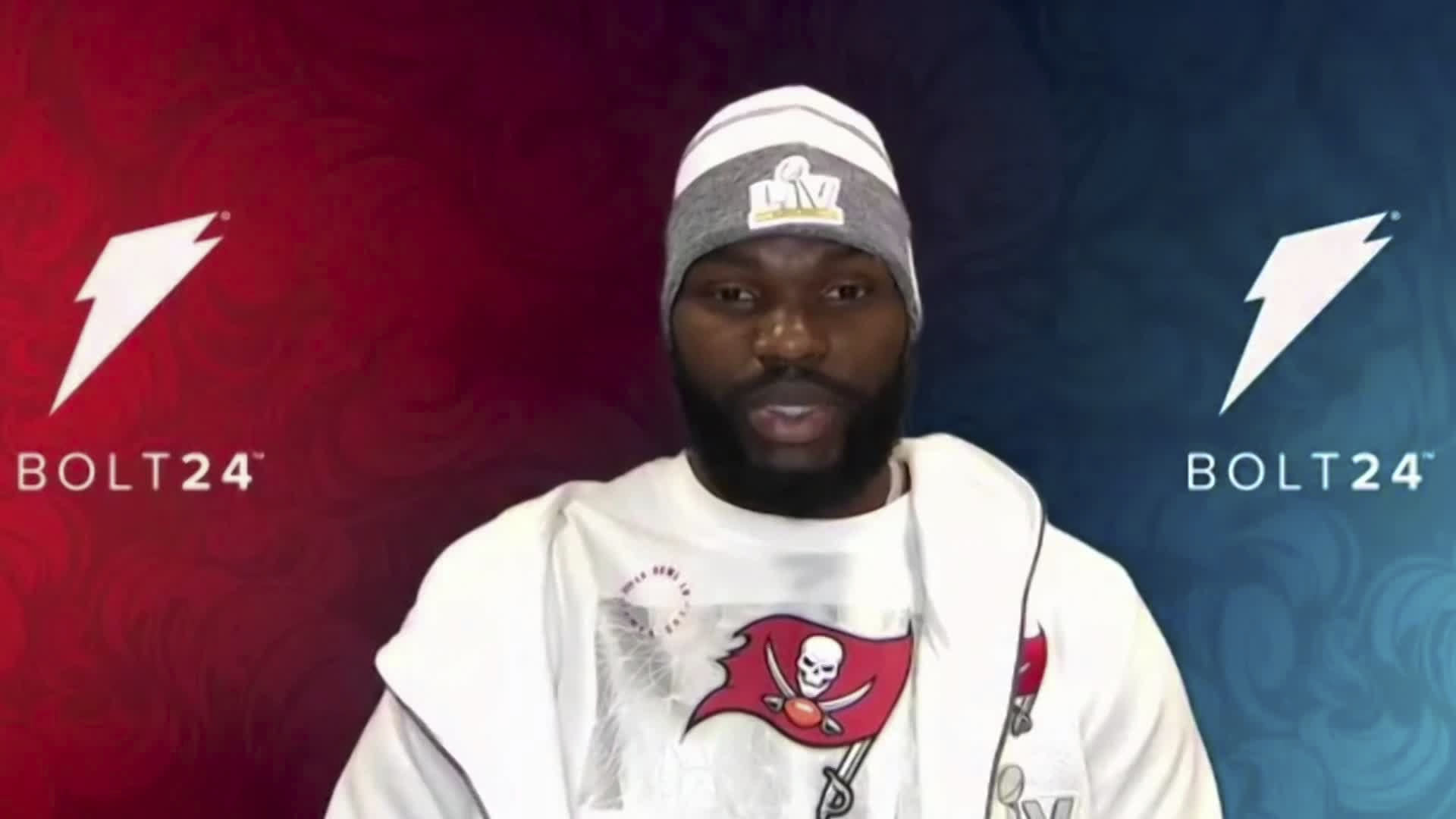 Moments of joy between mothers and children in prison

After ‘The Salisbury Poisonings,’ Locals Picked Up the Pieces