Please note: These are our FREE picks, not our PREMIUM picks which are reserved for MEMBERS only at SI Fantasy PRO. Members receive alert notifications immediately upon pick release.

If you are an SI PRO member and have yet to receive your invite to our Discord Community, please reach out to , or send us a DM via Twitter.

The luck has to turn on the Dolphins at some point. I packed the Patriots last week and the first half looked good with Miami sputtering on offense and New England taking a shutout into the locker room at halftime.

This week, I’ll once again back the other side as the Raiders get to stay home for the third consecutive week, coming off a long week (they lost to the Chargers on Thursday Night Football in Week 15). Regardless of whether it’s Marcus Mariota or Derek Carr under center, it’s all about RB Josh Jacobs and his ability to carry the ball inside vs a Dolphins’ defense that has not been strong vs the run in 2020.

Even with higher stakes attached to Miami, I still think the line is inflated for the road team. I’ll take the extra points for the Raiders at home.

As a die-hard Cowboys, I know that the second you get to feeling even a little bit good about them, they pull the football out from under you like Lucy to Charlie Brown in Peanuts. Jalen Hurts is playing at a high level, the Cowboys defense stinks and I don’t see Dallas going on a three-game winning streak. I’ll take Hurts and the Eagles to beat the Cowboys by more than a field goal. Bah humbug.

C.J. Beathard and the 49ers (5-9) return to Arizona following a 44-31 loss to the Cowboys in Dallas last week. San Francisco is playing at State Farm Stadium for the third time in four weeks after contact sports were banned due to COVID-19 restrictions in California. Kyler Murray and Cardinals (8-6) are playing a second straight home game after posting a 33-26 win against Philadelphia. Arizona currently owns the final NFC Wild Card position and will clinch a playoff berth with a win plus a Chicago loss to Jacksonville. Though the latter isn’t likely.

Arizona won the first meeting 24-20 in San Francisco back in Week 1. The 49ers were at near full health in that contest but they will be without several key players on both sides of the ball this week. Arizona has its share of injuries as well but they are not on the same level as the ones San Francisco is dealing with. The Cardinals’ pass rush has produced 14 sacks over the last two games. That will be a problem as Beathard is a pocket-passer and does not perform well when being pressured. The 49ers are on a 1-6 slide straight up and against the spread.

Arizona is a -5 point favorite at DraftKings – Bet on the Cardinals to cover.

When the Dolphins visit the Raiders on Saturday night it will be the final game of a rare three-game homestand for the Raiders. The bad news for Miami is that Las Vegas has lost the previous two meetings to the Colts and Chargers. In 2019 there were 10 teams who had a three-game home stretch. Of those 10 teams, nobody lost all three games. In 2020, the trend has continued as there are nine other teams who have a three-game home stretch in 2020 and none of the nine have gone 0-3. Conversely, there are two teams who had three straight road games and both of them failed to go 3-0 in those stretches.

This just happens to be a bad spot for the Dolphins who get the Raiders sitting at 0-2 during this three-game homestand and coming off a little extra rest on what is a short week and a long flight for the Dolphins. I don’t care who is starting at QB, the Raiders are winning this game.

I’m not a big Browns guy, but they’ve proven they’ll move the ball if they can keep the heat off Baker Mayfield and they shouldn’t have an issue with that on Sunday. Quinnen Williams, the Jets’ best player and absolutely dominant in last week’s win, is out for the season.

In L.A., the Rams moved the ball with relative ease after Williams went down; the Jets allowed more than 200 yards of offense and 17 points over the Rams’ four second-half drives, which is more in line with what they’ve done in 2020. This line belongs on the other side of 10.

I think you have to feel good about the Colts here. The Steelers are still 11–3, but we have watched the offense get worse and the defense’s injuries pile up. The Steelers simply can’t run the ball, and they definitely won’t be able to against Indy’s defense. Do you trust Big Ben, in cold weather on short rest, to throw it all day and win the game through the air? Where is the fun offense from the first half of the season that found creative ways to get Chase Claypool the ball and get to the end zone from all over the field?

I have fewer questions about the Colts right now and have been surprised to see this line shrink during the course of the week.

MobileSyrup’s top apps for iOS and Android in 2020

Chinese economy to overtake US ‘by 2028’ due to Covid 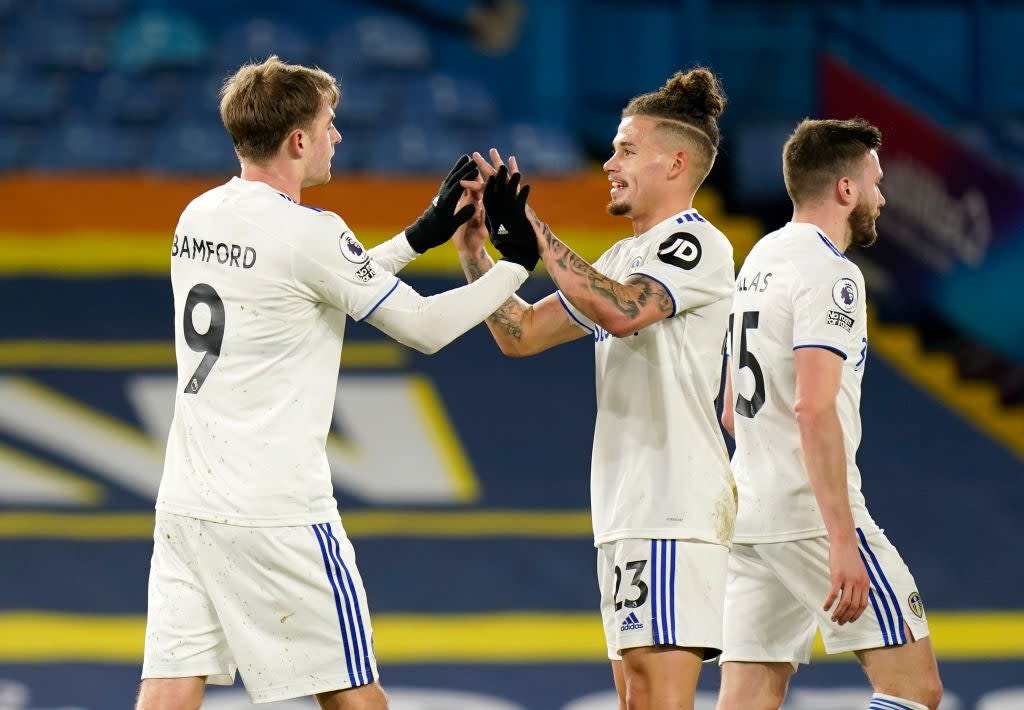 Leeds United vs Burnley live stream: How to watch Premier League fixture online and on TV

All Blacks at full strength for Argentina in Tri-Nations