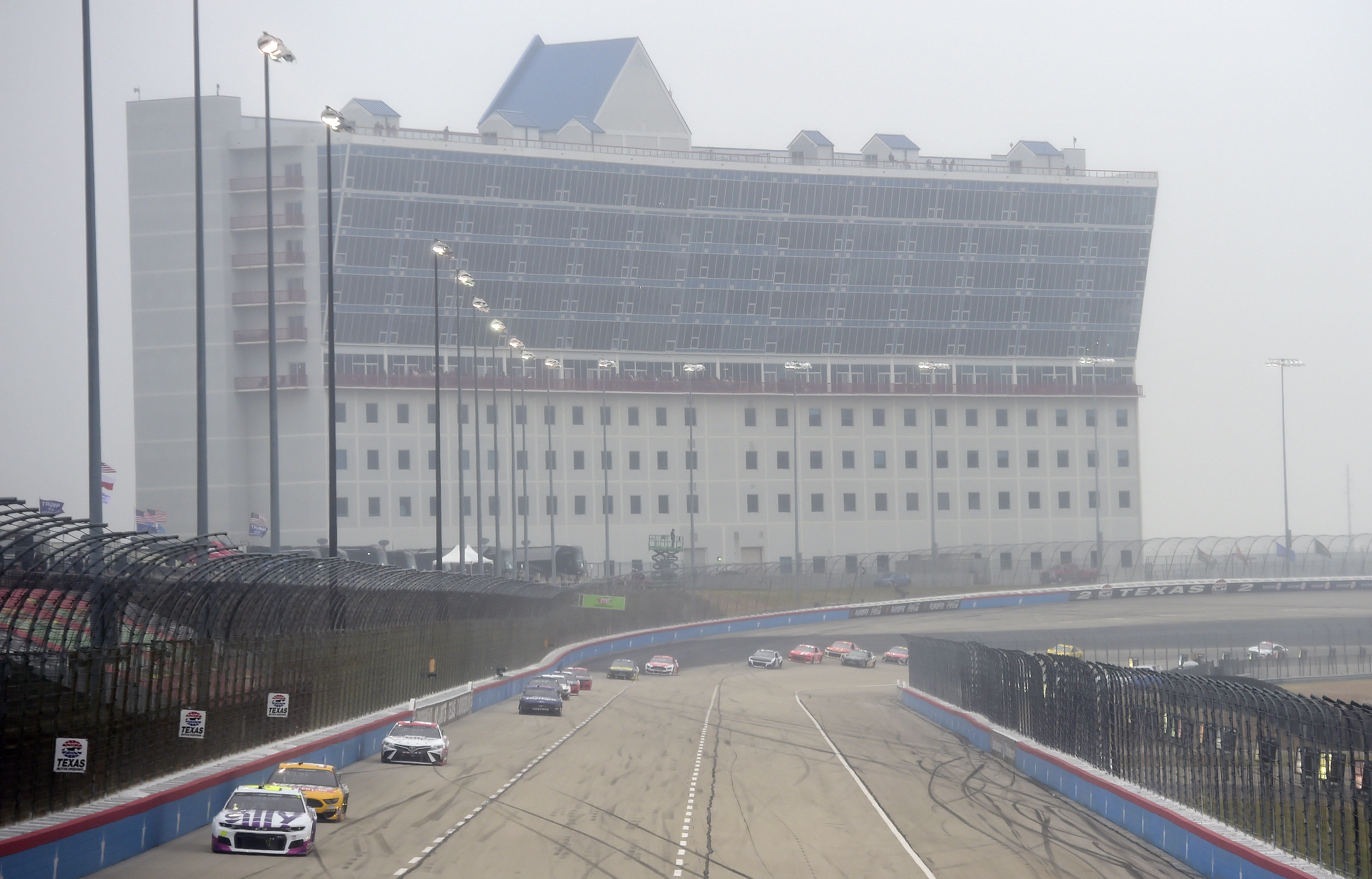 NASCAR will finish the Texas playoff race on Monday.

Sunday’s race began with a heavy overcast sky and some mist. That mist might have caused Chris Buescher, J.J. Yeley and Kevin Harvick all to hit the wall in Turn 2 while drivers like Denny Hamlin and Cole Custer were able to prevent their cars from hitting the barrier. The decision to postpone the race came nearly four hours after the race was first delayed.

The race was red-flagged after 52 laps with Clint Bowyer in the lead. The scheduled 334-lap, 500-mile race is the second in the third round of the NASCAR playoffs. Harvick entered Sunday’s race in second place in the standings and as a virtual lock to make the final four. But he sits in 36th after his run-in with the wall.

The forecast for Monday is not great. Rain is considered likely for most of the day with an expected high of 56 degrees.

Nick Bromberg is a writer for Yahoo Sports.

DrLupo Raises Over $2 Million for Build Against Cancer | COGconnected