Skip to content
Home>> Entertainment>>I’ve Become One of Those Women Who’s Always Talking About Her Boyfriend, But, in My Defense, We Haven’t Spent One Minute Apart in Ten Months
Entertainment
AdminJanuary 26, 202120 Views0

Since the sixth grade, when my best friend Heather “developed” early and started going out with Mike, the cutest boy in our class, I’ve insisted that I’d never become one of those girls who’s constantly talking about her boyfriend. By summer vacation, I knew every last thing about Mike—from which video games he played (all of them) to the fact that holding his hand felt like gently kneading warm bread dough, but in a good way.

I was actually just telling my boyfriend, Kevin, this story, and he said, “You’ve already told me this,” and of course he was right, because Kevin—who plays Super Smash Bros. every day—and I have been quarantined together in a studio apartment for ten months, with nothing new to talk about. Then I told him a more recent story, about the time my boyfriend and I went to the beach and a jellyfish stung him, and Kevin was, like, “That story is about me.” So I scratched the spot on his leg where he still gets a phantom itch (just below his left knee).

I’ve always prided myself on being an independent woman, but once COVID-19 forced us into lockdown Kevin (middle name: Chris) became my rock and I his—by which I mean that he and I are sedentary creatures hunkered down together in a three-hundred-square-foot space. Since March 13, 2020, Kevin and I have done everything together—and I mean everything. Last week, he even removed my contacts, because I was tired and also because Kevin and I have lost track of whose face is whose. (It’s possible I’ve grown a beard?)

Of course, I’ve gone on socially distant walks with girlfriends, but they’re always annoyed when Kevin, who works in tech and makes a hundred and fifteen thousand dollars a year, comes along. He needs fresh air, too, though, and also I’m worried that my fingers will fall off if he removes his hand—which feels like a pre-workout yoga mat, but in a good way—from mine. I’ve Zoomed with old pals, but always with Kevin (my boyfriend, who went to Tufts—the engineering school, not liberal arts) present because there’s literally nowhere that he can go to avoid being on camera in our tiny shoebox of a home—not even the toilet, which is in the kitchen, which is also the living room, bedroom, and office.

Many people have been alone during this difficult time, and I feel blessed to be stuck in a single room with the love of my life, Kevin, who has got really into cooking during quarantine, which means that I have as well, because Kevin (who’s allergic to shellfish) and I are always together and can no longer do anything apart. For example, I’m currently typing with my left hand and Kevin with his right because he says it’s important to support each other’s art. His art is finger-painting characters from “The Sopranos,” using my thumbs as his brushes. His (our) Adriana is beautiful.

I was just telling my friend the other day—and by friend I mean mirror, because my therapist says that, in order to regain any sense of individuality, I need to become my own best friend—that I swore I’d never be one of those women who goes on runs with her boyfriend, but now Kevin (who’s a Sagittarius sun, Scorpio moon, and Libra rising) and I run laps around the couch every morning. As a result, I am very dizzy, but guess who’s always there to catch me? My boyfriend, Kevin, because our apartment is so small that all he has to do is reach out, even if he’s on the opposite side of the room (which he never is).

Actually, I was talking to the mirror the other day about how I’m thinking of changing my name to Kevin just to simplify conversation, because he Kevin and me Kevin are one Kevin, united in the name of Kevin.

Plus, I absolutely refuse to be one of those women who says “we” all the time. They’re pathetic! 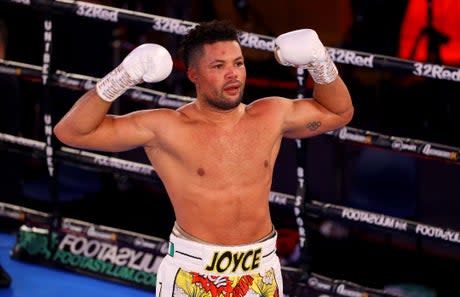 An Election in Peril

Emmys 2020: What Priyanka Chopra Shared With A Throwback Memory