MEXICO CITY — At first, life in lockdown was OK, between working from home, exercising with his roommate, and devouring everything on Netflix.

But as the coronavirus pandemic wore endlessly on, Rob George began to find the confinement in his West Hollywood home unbearable.

“There were weeks where I just wouldn’t leave my house, just working all day — my mental health was definitely suffering,” said Mr. George, 31, who manages business operations for a technology start-up.

So when a Mexican friend said he was traveling to Mexico City in November, Mr. George decided to tag along. Now, he’s calling the Mexican capital home — part of an increasing number of foreigners, mainly Americans, who are heading to Mexico, for a short trip or a longer stay to escape restrictions at home.

They are drawn partly by the prospect of bringing a little normalcy to their lives in a place where coronavirus restrictions have been more relaxed than at home, even as cases of Covid-19 shatter records. Some of them are staying, at least for a while, and taking advantage of the six-month tourist visa Americans are granted on arrival.

“I have no interest in going back,” Mr. George said.

But while coming to this country may be a relief for many foreigners, particularly those fleeing colder weather, some Mexicans find the move irresponsible amid a pandemic, especially as the virus overwhelms Mexico City and its hospitals. Others say the problem lies with Mexican authorities, who waited too long to enact strict lockdown measures, making places like Mexico City enticing to outsiders.

In November, more than half a million Americans came to Mexico — of those, almost 50,000 arrived at Mexico City’s airport, according to official figures, less than half the number of U.S. visitors who arrived in November last year, but a surge from the paltry 4,000 that came in April, when much of Mexico was shut down. Since then, numbers have ticked up steadily: between June and August, U.S. visitors more than doubled.

Most other U.S. visitors to Mexico flew to beach resorts like Los Cabos and Cancun.

It’s unclear how many are tourists and how many are relocating, at least temporarily. Some may be Mexicans who also have American passports, and are visiting family. But walking the streets of Mexico City’s trendier neighborhoods these days, it can sometimes seem like English has become the official language.

“A lot of people are either coming down here and visiting to test it out, or have just full-on relocated,” said Cara Araneta, a former New Yorker who has lived on and off in Mexico City for two years, and came back to the capital in June.

The surge, however, comes as Mexico City enters a critical phase of the pandemic; hospitals are so stretched that many sick people are staying home as their relatives struggle to buy them oxygen. The U.S. Centers for Disease Control and Prevention advised Americans to avoid all travel to Mexico.

The capital’s health care system “is basically overwhelmed,” said Mr. Tello, via WhatsApp message. “The worst is yet to come.”

In mid-December, authorities escalated Mexico City’s alert system to the highest level — red — which requires an immediate shutdown of all but essential businesses. But the lockdown came weeks after numbers became critical, even by the government’s own figures, leaving stores thronged with Christmas shoppers and restaurants filled with diners.

With its leafy streets and quaint cafes, the upscale Mexico City neighborhoods of Roma and Condesa have attracted expatriates escaping sky-high rents in New York or Los Angeles for years. But with an increasing number of young people now working from home, the so-called axis of cool has become even more attractive, even as Mexico City residents confront a public health crisis.

As in much of the world, the most affluent are often the least affected. In Roma Norte, the contrast has been vivid: On one corner recently, working-class Mexicans lined up to buy oxygen tanks for their relatives, while just blocks away well-off young people queued up for croissants.

Mexico City is hardly the only Mexican destination seeing a surge of foreign visitors, particularly Americans, who — with the pandemic raging in the United States — are barred from traveling to many countries. While some Latin American nations have at times shut their borders completely, Mexico has imposed few restrictions: Mexico was the third most visited country in 2020, up from seventh last year, according to the Mexican government, citing preliminary statistics from the World Tourism Organization.

Much of this travel has been concentrated in the country’s popular beach resorts where coronavirus restrictions can be even more relaxed. Los Cabos had nearly 100,000 Americans arrive in November, while Cancun had 236,000 U.S. visitors, only 18 percent fewer than in 2019. The nearby resort town of Tulum made headlines for hosting an art and music festival in November that saw hundreds of revelers dancing maskless inside underground caves.

Authorities in Mexico City have urged residents to avoid parties and gatherings, and even before the most recent lockdown, the government had limited restaurant capacity and banned restaurant alcohol sales after 7 p.m. Still, the measures were a far cry from those in American cities like Los Angeles, which, in late November, banned outdoor dining entirely and prohibited all public gatherings.

“Even with the restrictions here, being able to just be outside, and work from a socially distanced cafe and feel like I’m not on pause has been super helpful,” said Mr. George, the former Angeleno.

Like most foreigners coming to Mexico, Mr. George said he was aware of the risks of traveling during the pandemic, and takes precautions like wearing a mask. But being able to have some freedom, coupled with the excitement of living in a new country, makes the risk to their health worthwhile for many.

“I know people who have lived in fear for the last year, who haven’t left their house, who lost their jobs,” said Alexander Vignogna, 33, who visited Mexico City in October and is planning on moving here full time, with his partner, in January. “But instead of doing something adventurous and cool like me and my girlfriend, they just stayed at home, depressed.”

Such laissez-faire attitudes from outsiders have angered many residents, Mexican and foreign alike.

“Tourists (primarily from the US, it seems) have flooded into Mexico to escape the restrictions imposed by their home states,” said Lauren Cocking, 26, a British blogger who has lived in Mexico for about five years, in an email.

They “seem to treat Mexico like some kind of lawless adventure land, where they can escape the need to wear masks or stay indoors.”

Others say the rush of foreigners offers the struggling Mexico City economy a welcome boost.

“What Mexico needs most is people so that the economy improves,” said William Velázquez Yañez, 25, who was working as a valet parking attendant at an upscale eatery in Roma Norte before the latest lockdown was put in place.

He lost his job at the start of the pandemic, and even though he was eventually called back, his pay was cut and his health insurance taken away. With more people dining out, his boss might start paying him more, Mr. Velázquez said.

But enjoying packed dining rooms or other activities once considered normal carries their own risks.

Nicole Jodoin moved to Mexico City from Canada after securing a job here in July. Part of her impetus was that with Canadian borders closed, she had found herself cut off from her Scottish boyfriend. Mexico’s open borders and lengthy tourist visas for Europeans offered them a chance to be together.

Then both she and her partner got sick with Covid-19. They had been taking precautions, Ms. Jodoin said, but had dined out several times and taken Ubers before getting sick. The couple self-isolated and have since recovered, but Ms. Jodoin’s symptoms have persisted.

Still, most foreigners say life is better in Mexico City than back home. Ms. Araneta, the former New Yorker, went to visit her family in San Diego in November, but found being in the United States a challenge.

“It felt more isolated,” she said. “A lot of people are much more on their own.” 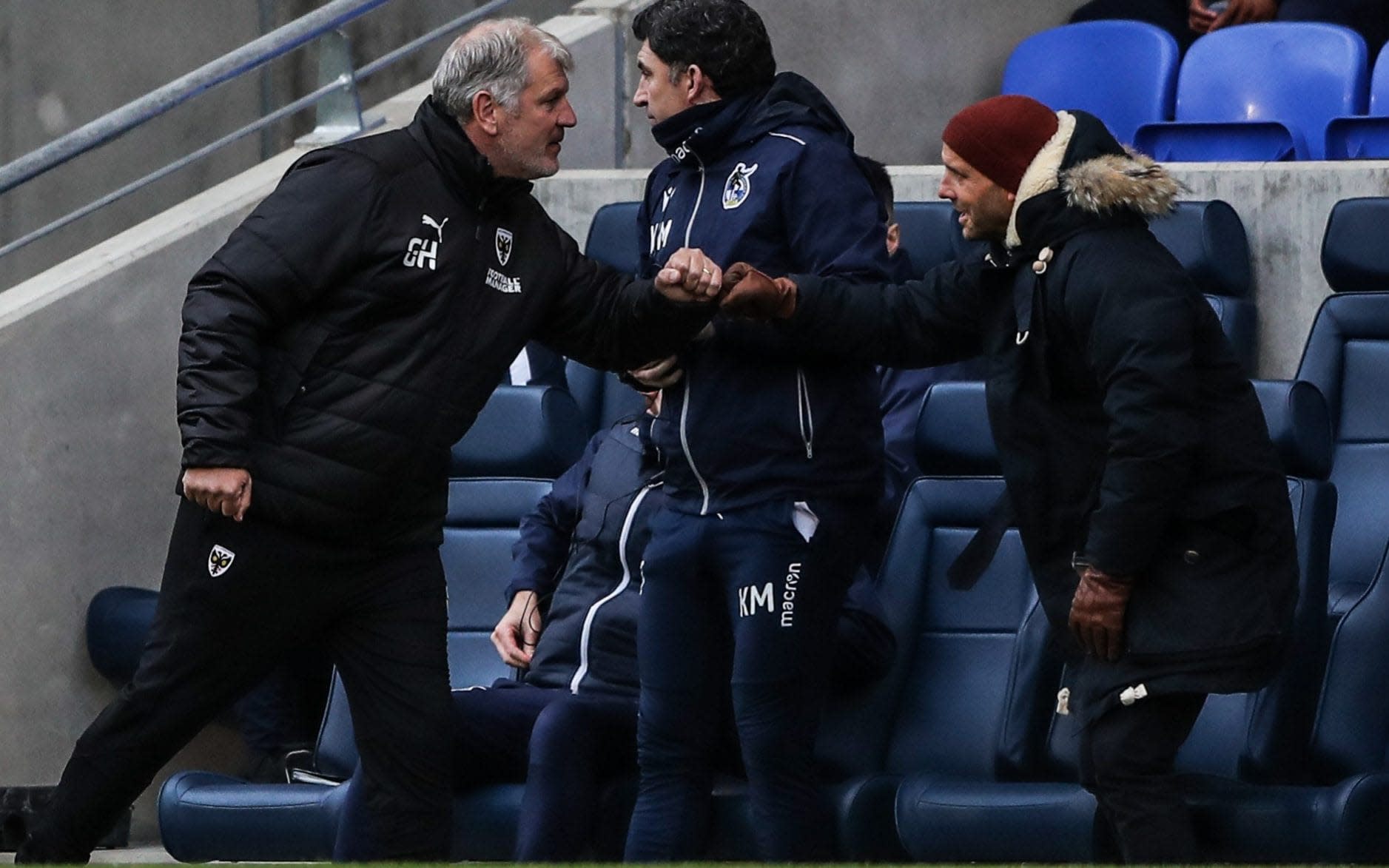 US holds off on tariff hike in EU Airbus fight

The head of Operation Warp Speed apologizes for shortfalls in vaccine deliveries to at least 14 states.