Feb. 18—Some observations as the Big East season heads down the home stretch of the regular season:

— The Big East title race tightened up a bit with Creighton scoring a convincing win over Villanova on Saturday.

Villanova still resides in first place at 8-2 while Creighton is 12-4 overall. The Bluejays have played more league games than any other Big East team.

With an unbalanced schedule, the title winner will be determined by winning percentage.

The two teams meet again on March 3 at Villanova.

The importance of winning the league title has taken a back seat to the health and safety of the players during the pandemic.

“For us, this year, titles and things like that are really not going to carry much weight,” Villanova coach Jay Wright said recently. “We want these guys to be able to stay mentally healthy, physically healthy and get through this year and get to play the most amount of games they can. If we can do that, we’ll feel like that this year is a success.

“As far as the way anybody else looks at it, I respect what everybody does. It’s like all the health departments in each area are different in the country and everyone is doing it differently. Everyone is trying to do their best. Here at Villanova, we’ve got pretty tough protocols around here. We’re trying to keep our players healthy, keep them mentally healthy, keep them getting better every day and then just get in as many games as we can. I have no idea what that’s going to mean at the end of the year.”

Villanova has five games remaining on its schedule — UConn on Saturday, St. John’s Feb. 23, at Butler Feb. 28, Creighton March 3 and at Providence March 6.

Creighton still has games against DePaul Feb. 24, at Xavier Feb. 27, at Villanova and Butler March 6.

— In case you’re wondering, the Big East tournament is still on, starting on Wednesday, March 10, with a first round tripleheader and ending with the championship game on Saturday, March 13.

The top five regular season finishers receive a first round bye. As of Wednesday, Villanova, Creighton, Seton Hall, UConn and St. John’s were in position to start tournament play in the quarterfinals.

As for now, fans won’t be allowed to attend the four magical days of college basketball at Madison Square Garden. And only a limited number of media members will be on hand.

With last year’s Big East tournament abruptly ending due to the pandemic, Villanova is the defending champion, winning a league record third straight tournament title in 2019.

— Looking for the candidates most likely to win the Big East Player of the Year award?

Start with players competing for a team in the top four of the Big East.

In the last 10 seasons, the player of the year came from a team that either won or shared the regular season title four times, finished second five times and fourth twice. That adds up to 11 winners because former Providence guard Kris Dunn, a former New London star, shared the award with Villanova’s Ryan Arcidiacono in 2015.

Dunn won the honor in back-to-back seasons after Providence finished in fourth place both times.

Only Champagnie plays for a team outside the top four. The surging Red Storm, winners of seven of their last eight, could wind up higher than their current fifth place standing.

Among the contenders, only Champagnie and Robinson-Earl reside in the top seven overall in scoring and rebounding. Champagnie leads the league in scoring (19.7) and Robinson Earl is seventh at 15.6. They both average 7.3 rebounds per game.

The best candidate from outside the top five teams is Providence junior David Duke, who ranks third in scoring (17.1), third in assists (4.8) and 15th in rebounding (6.2).

As far as Big East Freshman of the Year, Marquette’s Dawson Garcia was well ahead of the rest of the rookie field earlier this season until St. John’s point guard Posh Alexander caught fire.

Garcia, the preseason pick, is the top freshman scorer (13.3) and rebounder (6.7). Alexander is close behind at 11.7 points per game while also ranking fourth overall in assists (4.5 assists) and first in steals at 2.6.

Frontrunner for Big East Coach of the Year is Mike Anderson of St. John’s. Picked to place ninth in the preseason poll, St. John’s moved into fifth place with a win over Xavier on Tuesday.

Quote of the Week

UConn coach Dan Hurley on what he told his team on the court after beating Providence at Gampel Pavilion on Tuesday:

The Huskies are 5-3 at home this season with regular season games left against Marquette and Georgetown.

As of Wednesday, five Big East teams resided in the top 60 of the NCAA NET rankings.

St. John’s is closing in on the top 60. The Red Storm jumped seven spots after beating Xavier, checking in at No. 66. 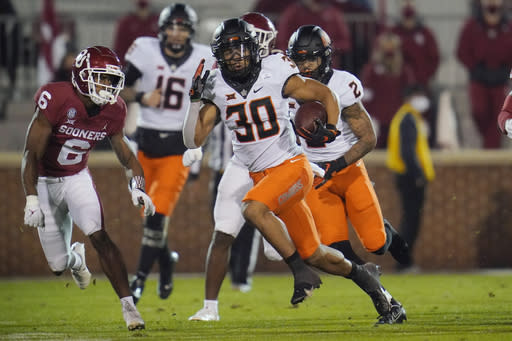