But be warned: Following along could induce some whiplash.

The House of Representatives took a pair of votes Monday night with mixed results for the President: Conservatives joined Democrats in voting to increase coronavirus stimulus checks, but they also joined forces to override his veto of the massive defense spending bill, a solid rebuke and sign of his waning power.

Trump’s dithering over the size of stimulus relief checks has cost suffering Americans a week of more generous unemployment — but could also get them more generous relief checks. The gobsmacking part is he had the power all along to insist on larger checks and didn’t, until it seemed too late. He drew a line in the sand against his own negotiators and got a few Republicans to cross it.
Forty-four House Republicans voted, after the President’s badgering, to help Democrats approve more generous $2,000 Covid-19 relief checks. The party had rejected Democratic attempts to make the checks more generous before Christmas. It’s not clear if the Senate, which is controlled by Republicans, will have a similar change of heart. For now, $600 relief checks are the law.
But Trump suffered a clear setback when more than 100 House Republicans, moments after approving the larger direct payments to Americans, voted for the first time to help Democrats override a Trump veto, passing the annual defense authorization over his objection and sending that, too, to the Senate.
Further thrusting defense and national security policy into the political sphere was President-elect Joe Biden’s allegation that his transition team has run into new roadblocks from the Trump administration as they try to read in.

“We just aren’t getting all the information that we need from the outgoing administration in key national security areas,” Biden said during an appearance in Wilmington, Delaware, after receiving a virtual national security briefing from aides.

“It’s nothing short, in my view, of irresponsibility,” he said.

Biden also outlined his view of threats at the appearance and placed climate change near the top of his list, the latest indication the US will have a very different posture after he is inaugurated.

But while the President-elect mentioned climate change as an existential threat, the relief checks feel more immediate, as does the news that the US may be falling behind on its goal of vaccinating tens of millions of Americans this year.
The relief bill also includes billions for vaccine distribution.

Trump had already blinked over the $2,000 checks Sunday. After lobbying from Republicans and intense backlash, he backed down on a promise to shut down the government and delay Covid-19 relief in part over the checks, which Capitol Hill Republicans had previously opposed.

Trump’s ability to get these few Republicans to buy into the $2,000 checks is notable since, as he prepares to leave office, many are beginning to find anew the gospel of fiscal responsibility they largely abandoned during his presidency.

His last-minute insistence on more generous relief checks, which temporarily threatened the possibility of any relief checks at all, seemed destined to fail.

House Speaker Nancy Pelosi scheduled a vote to put Republicans on the record against both the relief, which she supports, and their President, who she doesn’t. Because the process was rushed through the House, majority support wasn’t enough under House rules to pass the more generous measure. But just enough Republicans backed the measure to give Pelosi a supermajority and approve the proposal, which now heads to the US Senate.

Related: Why a vote on $2,000 stimulus checks is an absolute nightmare for Republicans

Trump’s election objections are about to divide the party again. The tough votes are just getting started for Republican lawmakers. Stalwart conservatives could add an element of drama to the official counting of electoral votes January 6 on Capitol Hill, but the star-crossed effort is expected to end when lawmakers in both houses vote to accept the election results Trump baselessly denies.

The question of the day is whether the veto vote signals waning Trump influence among GOP lawmakers, who could face a reckoning from the committed base of followers for whom the President is a hero.

There was still evidence of Trump’s power over the party in the defense veto, too. The top Republican in the House, Minority Leader Kevin McCarthy of California, was among the GOP lawmakers who supported the defense bill — which includes a pay raise for service members — but voted against overriding the veto out of deference to the outgoing President.

While the majority of Republicans supported the defense bill when it passed the House earlier in December, McCarthy did not rally support either for or against it after Trump’s veto. Trump, as part of his frustration with internet companies he says are unfair to conservatives online, wanted to use the bill as leverage to alter an unrelated portion of US law that exempts companies such as Facebook from liability for content produced by others but socialized on their sites.

There’s bipartisan agreement that the law deserves scrutiny, but changing the provision without debate was beyond his powers and a strange fit for Republicans who have long sought less liability for companies, not more.

In fact, it was GOP insistence on exempting some companies from liability from workers during the Covid pandemic that had delayed the relief bill Trump finally signed Sunday, after earlier saying he would not.

Republicans had abandoned the liability protections and Democrats had abandoned aid for cash-strapped states to agree on continued additional help for the unemployed and $600 checks for millions of Americans, in addition to many other provisions.

Trump’s weeklong tease that he would veto the bill and shut down the government because the $600 checks weren’t large enough confounded his own administration and Republicans on Capitol Hill who had talked Democrats down.

Trump’s delay on the bill negotiated in large part by his own emissaries on Capitol Hill cost many suffering Americans a week of expanded unemployment.

Meghan Meyer is a single mom of two teenage boys in Lincoln, Nebraska, who said Monday on CNN that she’s been trying to live on $154 per week since August, after not working since March because her job was in retail and she is at high risk for Covid-19.

“It’s been really tough,” she told CNN’s Brianna Keilar. “I had to make a decision for my family, you know, do I take a health risk that could be detrimental to my family, or do I listen to my doctor’s advice and financially change my whole scenario?”

After Trump changed his mind, $600 stimulus checks could go out to individuals who make less than $75,000 and $1,200 could go to couples who make twice that as soon as this week. It’s not clear if a change to $2,000, if the Senate approves it, would delay them further.

“You almost need a therapist to explain it,” Dent said. “He’s almost like this little boy who holds his breath and then waits for everyone else to turn blue, and sometimes he’s successful.”

But the President’s antics are wearing thin even with some usually friendly audiences. The normally Trump-backing New York Post implored the President with its tabloid cover Monday to “Stop the Insanity.” 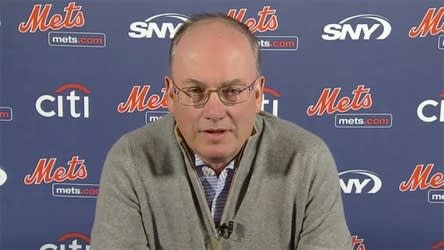 ‘The world is never going to forget me,’ suspect in Nashville explosion told neighbour

Trump’s coronavirus diagnosis: What we know and don’t know