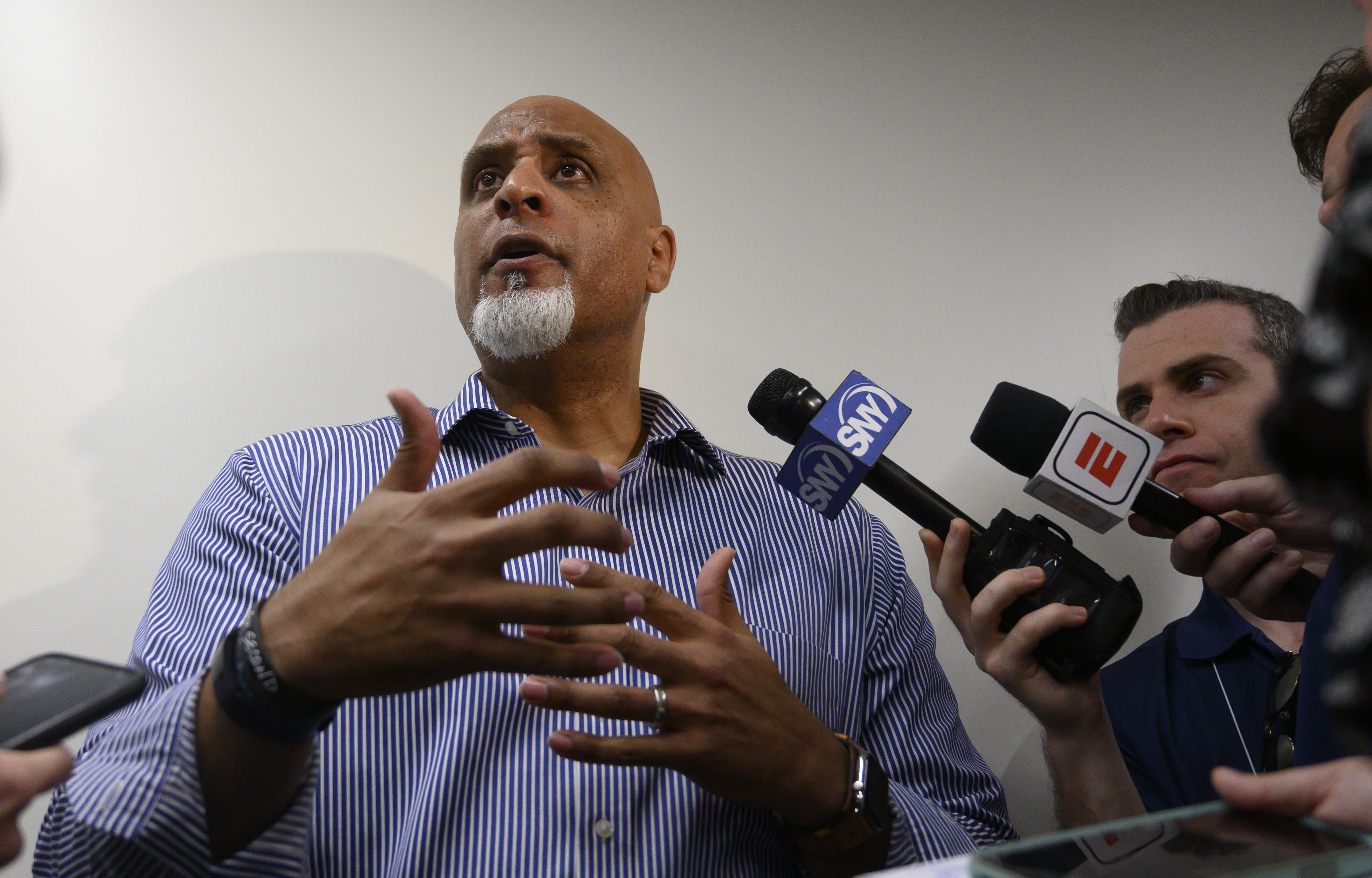 They handed out some trophies and took some pictures and a few dozen men dabbed at the memories of a lifetime just more than a week ago, at the end of the longest three-month baseball season they ever played. If it wasn’t exactly baseball as we remembered, it passed for something close enough. Any complaints would be drowned out anyway, by the applause for the effort, the hard exhales of relieved moms and dads and friends, and all that hollering on a random diamond down in Texas.

A lot of planning and a little luck got them all through to the end, down one poor soul in the seventh inning of the final game but seemingly with no real harm done, all from the dawn of summer, from the moment of “Tell us when and where.”

The agreement between the players and owners that got them through it — prorated salaries, a hundred-and-some pages of protocols, weeks of loud and undignified negotiations that eventually landed them at 60 games in 66 days — is expired. The pandemic is not. There is no vaccine. The NFL is struggling to stay ahead of the virus. The NBA has been out of its bubble for less than a month and will suit up again next month or try.

Baseball players, for now, are expected to report back to spring training in a little over three months, but that’s just today’s plan and with cases rising again in Arizona and Florida. Opening day is scheduled for April 1. There were more than 120,000 new cases of the virus in the United States on Thursday, a one-day record.

On the occasion of Game 6 of the World Series, commissioner Rob Manfred told Sportico that his 30 teams are $8.3 billion in debt, less sobering in an accounting sense than in how the players union viewed it, which was as the first volley in the next labor negotiation. That bit of presumed untidiness — that is, the terms under which the 2021 season will be played — stands between today and the looming deadline that is the end of the current collective bargaining agreement, about a year from now. Already there are conversations between the sides addressing health and safety protocols moving forward, though at a time they cannot know what the health and safety of the country might be in three months, if there will be a vaccine, who might take or resist a vaccine, what state and local regulations might say about fans in ballparks and, if the past eight months are a clue, any one of many, many obstacles that are so far invisible.

Tony Clark, executive director of the Major League Baseball Players Association, was in his New York City office Thursday evening and glad for it. Because of possible exposure to the coronavirus, he’d been 3 ½ weeks in a Dallas hotel room — his own personal bubble — during October. He never contracted the virus.

The fight is ahead. The union has the right to grieve the terms by which the past season was played, for financial damages allegedly suffered by players and by claiming the owners had negotiated in bad faith. The league has the right to defend itself and will. The owners did not make the sort of money they ordinarily do. Neither did the players. Neither did thousands of stadium workers, thousands of team employees and millions of other Americans.

The work is ahead. Clark operates in his seventh year leading the union, now amid speculation over whether he has the full confidence of his players. He loves the game and its soul because for a substantial part of his life it has been his game and his soul. Now he and his staff sit amid the swirl of a pandemic, the real life and economic impacts of that, and must choose a course that serves their union, the game and its fans. The target won’t stand still. The relationship between the union and MLB is in tatters. Nobody can know what tomorrow will bear. On the way to tomorrow, no one trusts anyone, generally because of what has happened over so many yesterdays.

He considered a question that attempted to place him on opening day, 2022. Not only would the sport have survived the summer of 2020, but another summer that could look a lot like it, also two winters in which free agency challenges pleas of poverty from team owners and then the completion of a new CBA. He was only just reaching dinnertime on a Thursday evening in early November 2020, so he required a few silent moments to consider how that day might arrive.

“With the hope that an agreement is in place,” he said, “on the field and off the field there’s a level of integrity to the game and the system that’s in place that is fair and equitable. That would be what it would look like. As long as lines of communication are open and dialogue is happening, I do believe in that day. I do believe that if we’re able to have candid and transparent dialogue between now and April 1, 2022, that there will be that day.”

The difference between transparency and not is, perhaps, dependent upon the side of the table one sits. Clark surely does not doubt a decent percentage of revenue was lost in a 60-game season held in empty ballparks. The league says about 40 percent of its revenue comes from fans in those ballparks. His trouble, presumably, is putting a finger on exactly what those numbers are, or believing what he’s told those numbers are, in part because that’s the job, and then applying all that to player compensation. Nobody wants to be a sucker.

“The challenges from 2020 for everyone are tangible,” he said. “We understand that. The challenge moving forward becomes more difficult when you don’t take at face value the claims being made about the extent of debt and operating losses. There’s a lot to be done in the area of transparency.”

Already there is some common ground. Players seemed to support the universal designated hitter. Many viewed the extra-innings rule — where each half inning started with a runner at second base — as a means of safeguarding pitchers and, as service-time protection, requiring fewer roster moves. The three-batter rule is widely despised, but was not a pandemic modification and therefore is not likely to be changed. Though at times a burden, the pandemic protocols got them through the season, with the Miami Marlins and St. Louis Cardinals as the only notable difficulties. Those might require some edits, but not large-scale changes.

“We had baseball,” Clark said. “We had a commitment from players going in, knowing it was going to be a difficult year. There were tremendous risks involved. The players understood and yet continued with the commitment to play. They were able to play a complete season, as it was scheduled. I think all of that was positive. And we had an opportunity to celebrate and enjoy the tremendous amount of talent and personalities our game has right now.”

What is next? The grievance by the union seems likely. So, too, is a full-on defense by the league. Free agency will reflect the economic mood of 30 owners, and so the moods of some 200 players. The calendar will sneak up on February, the pandemic with it, and only then will we start to have an idea of what 2021 will bring for baseball.

“Players are preparing to report as they have in February and are preparing themselves for a 162-game season,” Clark said. “And I look forward to having productive discussions and negotiations moving forward.”

The fight is ahead. The work is ahead. 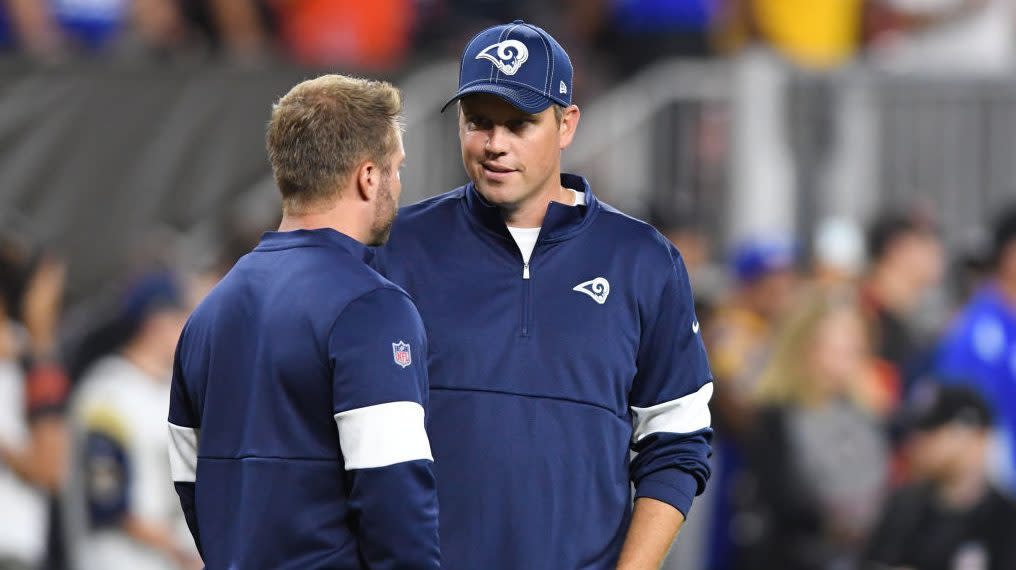 Danny White and the First Family of College ADs