BERLIN — As an angry mob stormed the heart of the world’s most powerful democracy, the rest of the world watched the once-unimaginable scenes unfolding in Washington with dismay and disbelief.

And many of those following live broadcasts of armed protesters forcing their way into the U.S. Capitol saw a warning for all the world’s democracies: If this can happen in the United States, it can happen anywhere.

“We currently witness an attack on the very fundaments of democratic structures and institutions,” said Peter Beyer, the German government’s coordinator for trans-Atlantic affairs, who was watching the scenes from Washington live on TV. “This is not merely a U.S. national issue, but it shakes the world, at least all democracies.”

As shocking as the violence on Wednesday was, some were not totally surprised that the Trump presidency was ending like this, in a spasm of chaos.

“This is what happens when you sow hatred,” Stéphane Séjourné, a member of the European Parliament and close ally of President Emmanuel Macron of France, wrote on Twitter. “Let us defend and protect our democracy, because it cannot be taken for granted.”

“The peaceful transfer of power is the cornerstone of every democracy. A lesson once taught to the world by the USA,” the German vice-chancellor, Olaf Scholz, wrote. “It is a disgrace that Donald Trump is undermining it by inciting violence and destruction.”

Jeremy Hunt, a Conservative former foreign secretary in the United Kingdom, said on Twitter that Mr. Trump “shames American democracy tonight & causes its friends anguish but he is not America.”

Even the Secretary General of NATO took the unusual step of weighing in on a domestic issue in a member state. “Shocking scenes in Washington, D.C.,” Jens Stoltenberg wrote in a tweet. “The outcome of this democratic election must be respected.”

For many foreign leaders, the scenes in America also conjured uneasy echoes of recent attacks on democracy at home.

Heiko Maas, the German foreign minister drew a parallel between the storming of the Capitol and the recent attempt by a mob of far-right German protesters to enter the Reichstag, the building that houses Germany’s Parliament.

“Inflammatory words will lead to acts of violence — on the steps of the Reichstag, and now in the Capitol,” Mr. Mass wrote on Twitter. “The contempt for democratic institutions has a devastating effect.”

“The enemies of democracy will be happy about these unbelievable pictures from Washington D.C.,” Mr. Mass added.

In Russia, the violence fit neatly into the Kremlin’s propaganda narrative of a crumbling American democracy. Russia’s state-controlled news channel, Rossiya-24, broadcast the chaos in the Capitol on a split screen, one side showing happy Orthodox Christmas festivities in Russia, the other the violent mayhem in Washington.

Footage of bloodied Americans lying on the ground recalled the channel’s coverage of American-backed street protests in Ukraine in the winter of 2013-14, reinforcing Russia’s message that the United States is now harvesting at home the violent fruit of its own foreign meddling.

The world’s strongmen and dictators “must be in euphoric and celebratory mood,” wrote Yossi Melman, a writer for Haaretz, the Israeli newspaper. “The glorified democracy in the world is in shambles like a third world country.”

Concern about the message the violence would send about the fragility of American democracy was widespread.

“As Mexicans, what is surprising is that for the first time the United States, which has been an example of democracy, is becoming the counterexample of it,” said Ana Paula Ordorica, a Mexican newspaper columnist and television host, who covered the U.S. election in November for Televisa. “This is something that normally, the U.S. would watch happen in another country.”

Amid the expressions of horror and concern, there were also some hopeful voices, insisting that this was a last convulsion of the Trump presidency rather than the beginning of the end of Western democracy.

“I trust in the strength of America’s democracy,” tweeted Prime Minister Pedro Sanchez of Spain. “The new Presidency of@JoeBiden will overcome this time of tension, uniting the American people.” 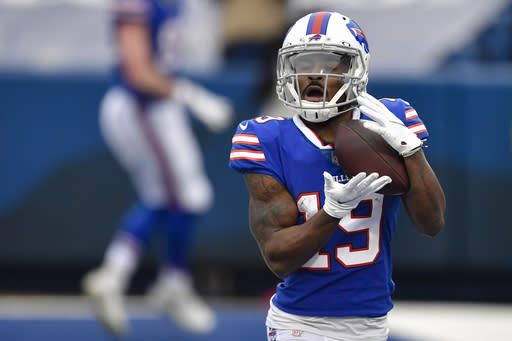