In April of 1938, the manuscript for Daphne du Maurier’s new novel, “Rebecca,” landed on the desk of her British editor, Norman Collins. Du Maurier was only thirty years old at the time, and this was her fifth book, but she had yet to have a runaway commercial hit. Collins, for his part, breathed a sigh of relief upon turning the pages. He saw money in the book, and maybe even literary value. In a letter to Victor Gollancz, the head of the publishing house, Collins wrote that the novel “brilliantly creates a sense of atmosphere and suspense,” and also, “I don’t know another author who imagines so hard all the time.” The allure of “Rebecca” lies in how du Maurier places the reader, right away, inside the nervous mind of its protagonist—an unnamed, docile young woman who is referred to by others in the book only as Mrs. de Winter—as she recounts a particularly vivid nightmare. The book’s famous first line—“Last night, I dreamt I went to Manderley again”—initiates a journey in her memory, back to the sprawling English countryside estate where she had once lived as a wealthy man’s second wife.

Du Maurier made it clear in her notes for the novel that “Rebecca” was “not a ghost story,” at least not in the traditional sense. No spectres pop out of closets; no oil portraits come to life after dark. What haunts the narrator is not a spectre but an idea, the idea of the beloved wife who came before and to whom she can never compare. When the narrator meets the dashing (and, in the novel, much older) Maxim de Winter while accompanying the aging socialite Mrs. Van Hopper on a holiday in Monte Carlo as a lady’s maid, she learns quickly that he is a recent widower, but she doesn’t really press the issue. Instead, she rushes into a marriage, a decision born of both hope and pragmatism. (Her choices are to continue to eat plates of dry “ham and tongue” with her grotesque employer or become the mistress of a hulking seaside palazzo. Which would you choose?) When she returns to England, the new Mrs. de Winter finds both her new husband and her vision of her future much changed; Manderley’s staff, and particularly the frigid housekeeper, Mrs. Danvers, are bizarrely affronted by her presence, and somehow seem still to be working in service of a dead woman, Maxim’s ex-wife, Rebecca. Mrs. Danvers keeps Rebecca’s chambers as they were before she mysteriously drowned; the second wife is not allowed in these rooms and must sleep in far smaller quarters on the other side of the estate.

There is, as plenty of scholars have detailed, a latent sapphic energy between Mrs. Danvers and the late Rebecca. As she shows Mrs. de Winter around Rebecca’s old room, in one scene, Mrs. Danvers stops to cuddle the dead woman’s clothing. “She looked beautiful in this velvet,” she says. “Put it against your face. It’s soft, isn’t it? You can feel it, can’t you? The scent is still fresh, isn’t it?” Mrs. Danvers’s desperate yearning for Rebecca stands in contrast to Maxim’s aloof frostiness toward his young bride; it’s also what provides much of the story’s terror. Alfred Hitchcock realized as much when he adapted the book into a claustrophobic, Gothic masterpiece, in 1940. The Australian stage actress Judith Anderson was perfectly cast in that film as Mrs. Danvers, skulking through scenes in her black, high-necked mourning suits, with a severe middle-part in her dark hair, and hissing through her teeth as she spoke. She looked both menacing and pathetic, lovelorn and a bit rangy. A young Joan Fontaine, as the guileless Mrs. de Winter, was a creampuff in pert silk blouses, with the shaky constitution of a newborn fawn, while Laurence Olivier, as Maxim de Winter, was a walking tempest, seductive one moment and deranged and brutish the next.

Still, “Rebecca” could have been ripe for a remake. In a climactic scene in du Maurier’s novel, after Mr. de Winter has chastised the heroine for wearing the same dress as the dead Rebecca to a grand fête (the result of a dastardly scheme set in motion by Mrs. Danvers), she lies on her bed thinking that nothing could be “so shaming, so degrading, as a marriage that had failed.” In 1938, the dread in taking over a big house like Manderley came from the idea that one could end up an inept matriarch, a woman who could not fulfill her obligations. Today, the story could have been fertile terrain on which to explore issues of control, abuse, and the sheer terror of becoming a wife at all. Hitchcock’s version was shaped in other ways by the mores of the time. Because of Hays Code restrictions, the homoeroticism of Mrs. Danvers’s longing for Rebecca could be addressed only through innuendo, and the ending of the novel was adjusted because—spoiler—it would have been taboo to imply that a husband deliberately murdered his wife. A new film could have explored the violence and sensuality of du Maurier’s tale any way it pleased.

And yet Ben Wheatley’s superficial, slapdash new Netflix adaptation fails to plumb these possible new depths. It does not, in fact, really dip below its slick surfaces at all. The forty-eight-year-old Wheatley, who has made some deeply challenging (and, to be more precise, deeply fucked-up) horror films in his native Britain over the past decade, seemed likely to be up to the task of reinvigorating a spooky-season classic. Just a bit older than Hitchcock was when he made “Rebecca,” Wheatley has built a career on disorienting and often nauseating viewers. At the end of his 2011 film “Kill List,” (again, spoiler ahead), the protagonist, a professional assassin, is kidnapped and made to kill a “hunchback,” which turns out to be his wife, who is wearing their child strapped to her back and covered in a cloak. “Free Fire,” which came out in the U.S. in 2017, from A24, is essentially a ninety-minute shootout in a warehouse in Boston. It’s ultraviolent and timed down to the second, like a bloody Marx Brothers picture. When Netflix announced Wheatley as the new director of “Rebecca,” in 2018, I imagined that he’d create something shocking, or, at the very least, novel. What he ended up making, instead, is a film that lies somewhere between a lukewarm retread of Hitchcock’s original and a glossy Instagram feed.

Wheatley includes a few, brief experimental shots—like a floor that turns to tangled vines and a sinister hair-brushing session—which suggest that a more interesting film may have been left on some cutting-room floor. But the film struggles in all aspects, beginning with the casting. Lily James, as the naïf Mrs. de Winter, is too vacant in her affect, and not even a little jumpy. Instead, she seems merely befuddled, bumping from scene to scene like a wayward pinball. As Maxim de Winter, Armie Hammer works just fine in Monte Carlo, when he woos the ingénue, taking her on long drives in a souped-up vintage coupe. But his waggish, golden-retriever appeal does not transfer well to the creepy English manse, where Mr. de Winter’s darker impulses start showing; Hammer’s bursts of anger look like petulant tantrums compared to Olivier’s volcanic expressions of rage. As the besotted Mrs. Danvers, Kristin Scott Thomas puts in a valiant effort, but her smoldering intensity is almost too close to that of Judith Anderson’s slinking, Oscar-nominated portrayal, and this puts her in an entirely different film than her co-stars. Against James and Hammer’s chaste drabness, Thomas’s extreme commitment to the part turns to camp; as such, Mrs. Danvers becomes less an object of pity and unease than the film’s comic relief.

The thing is, a “Rebecca” remake could have been funny. Another director might have leaned into du Maurier’s melodramatic sentences or highlighted the way that Mrs. Danvers simply cannot stop sniffing a dead person’s underthings. Du Maurier’s novel includes a trove of amusing material that Hitchcock did not use in his tightly wound thriller, like the chattering presence of a local busybody named Lady Crowan. But Wheatley’s film is devoid of silliness. As the priggish Mrs. Van Hopper, Ann Dowd does her best tragic clown, but she is only in the film for the first ten minutes. In 2020, the couple’s Monte Carlo affair should feel like a steamy romp, a sweaty summer fling— the future Mrs. de Winter is getting away with something, after all, wriggling out of her job for a clandestine romance—but it seems more like a staged perfume ad. The costumes, including James’s frumpish selection of gauchos and floral tops, could be period styles or simply from Madewell; I had to check that the company wasn’t sponsoring the production. (Hammer’s three-piece, mustard-colored suit, which first appeared in promotional stills for the film and circulated on social media, provided false promises of costuming to come.) Even the new ending, which hews closer to du Maurier’s original, has no bite; it trails off into a stuffy legal drama, when it should make the viewer feel as though everything is on fire.

Ultimately, “Rebecca” suffers from a malady that is plaguing much of streaming entertainment, one that might be traced back to the surprising success of Amazon’s TV show “The Marvelous Mrs. Maisel,” a splashy, high-budget period piece that had a delightful, strong first season only to buy too heartily into its own schtick. Streaming executives seem to have learned the wrong lesson from “Maisel,” which is that if they make a production look good enough, the viewers will follow. Streaming executives, who have admitted that they use data to calibrate the films and shows they produce, seem to believe that films like the “Rebecca” remake give viewers exactly what they want. “Here,” they seem to say. “Here is some maximalist fare with actors you have heard of—press Play for serotonin.” Netflix, in particular, has been leaning on the formula of late. We saw it in “Ratched,” another period piece that is more style than substance, and in the recent “Emily in Paris,” a grating girlboss fantasia that felt like a Pinterest board in search of a plot. As I reached the infamous party-dress scene in “Rebecca,” which played like the dénouement of a teen drama rather than the brutal, visceral abasement that it is in the novel, I thought, They really do think we’ll watch anything. And perhaps, in the end, they are right. We are stuck at home; it is spooky season. But du Maurier’s story deserves better.

Throughout the film, I kept wishing for a sense of how big Manderley was. The real-life inspiration for the home was a long-abandoned Cornish mansion named Menabilly, which du Maurier later leased, in 1943, with the proceeds from “Rebecca” and its 1940 film adaptation. The house, which had stood on the grounds since 1573, was empty when du Maurier first stumbled upon it while taking a walk as a young woman, seeing its shuttered windows and ivy skittering up the walls. Inside, she later wrote, “family portraits stared into the silence and the dust.” It was, in other words, a dead house, and a house that seemed to hold the dead. In “Rebecca,” it is supposed to swallow Mrs. de Winter, and to make her feel like a vulnerable little girl again. I longed for scenes in which James was simply able to roam, silently, feeling creeped out and trapped in her new reality. The new “Rebecca” offers up GIF-ready fantasy on a platter, but it never gives us a chance to dream of Manderley again. 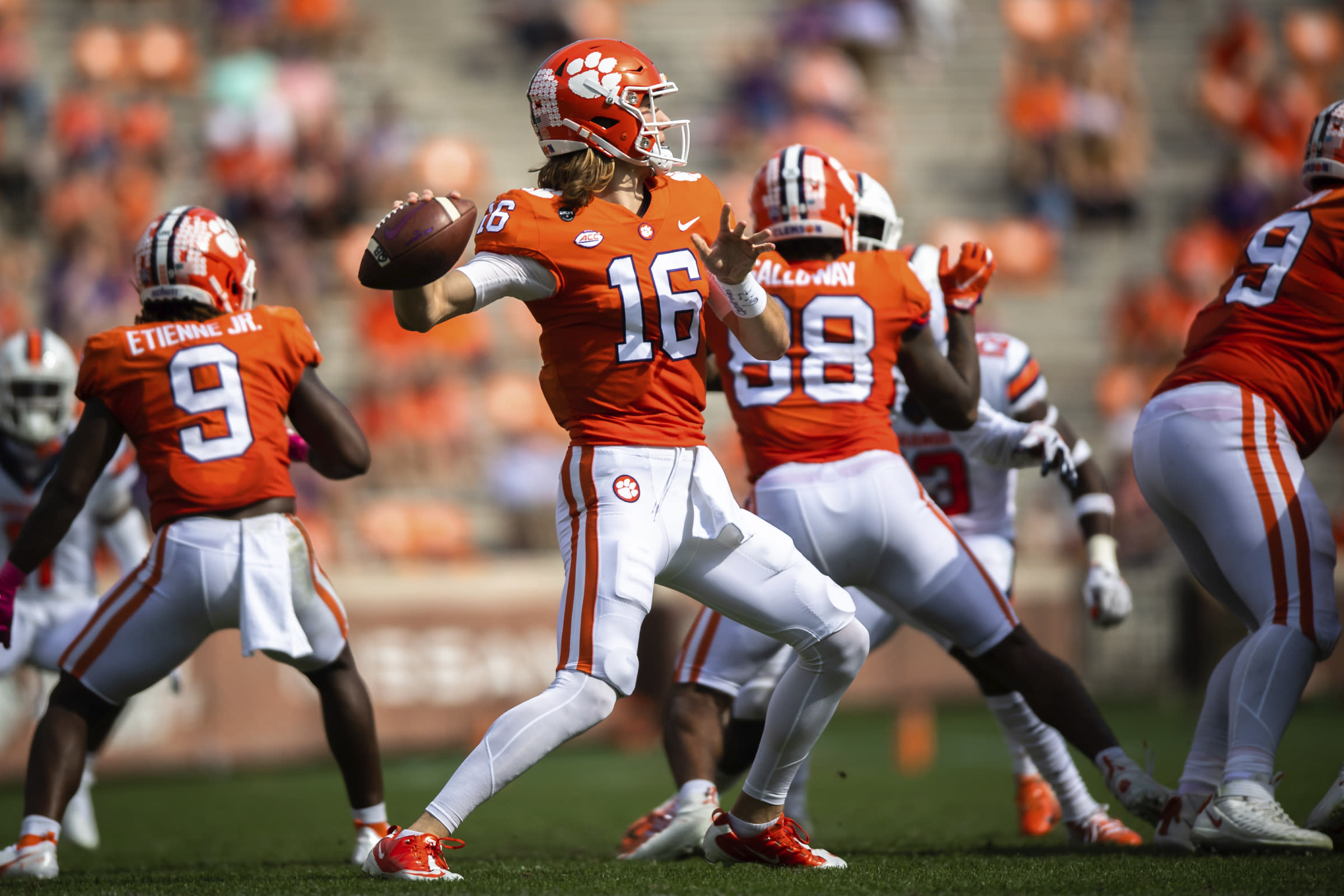 Apple, Netflix considering purchase of ‘No Time To Die’ for streaming services: report

The Defacement and Destruction of Black Lives Matter Murals

How to Stream “The Office”

A Glimpse Of Twinkle Khanna And Daughter Nitara’s “Perfect Day”