West Bengal Chief Minister Mamata Banerjee on Friday asked students to help defeat the BJP in the assembly election next year. She criticised the centre for deciding to hold JEE and NEET in September, adding the centre’s “adamant approach” will add to COVID-19 crisis when students get infected while travelling to and from exam centres.

The BJP said Ms Banerjee should “not pursue politics” by putting the career of students at stake and refrain from spreading the “virus of petty politics”.

“The BJP is threatening everybody, but all of us are capable of fighting it back. I would like to tell my youth and student leaders to fight this political epidemic of the BJP. They are using draconian black laws to target opposition parties,” she said.

At a virtual rally of Trinamool Congress Chhatra Parishad (TMCP), the students’ wing of the party, Ms Banerjee alleged the BJP is using its “fake news team” to pass off images of neighbouring Bangladesh as those of the state.

“Bengal will give people a taste of freedom and liberate people of India from the BJP’s clutches by defeating them in 2021 assembly polls. I am ready to sacrifice my life for this. Let them put all of us in jail. We are not scared of them. We are not cowards,” Ms Banerjee said.

On holding final-year exams in colleges and universities, Ms Banerjee said she has asked the state education minister to look into the possibility of conducting these exams before Durga Puja in October.

“The option of holding the exams in both online and offline methods should be looked into,” she said. “We are not against any exam; we are just saying that a pandemic is on, and it could put lives of students at risk. There won’t be any exams in colleges and universities in September,” Ms Banerjee said.

West Bengal BJP president Dilip Ghosh said the ruling party is trying to mislead the people of the state on the NEET-JEE issue. “As soon NEET-JEE dates were announced, lakhs of students have downloaded admit cards. It means they are willing to appear for the test. The TMC has no other work, as its days in the government are numbered. It is spreading political virus in every aspect of life,” he said.

Rahul Gandhi May Not Lead Congress To 2024 Win, Says Letter-Writer

“From LoC To LAC, Fitting Reply To Those Who Challenge India”: PM Modi

India Believes In Peace But Can Give Befitting Response: President 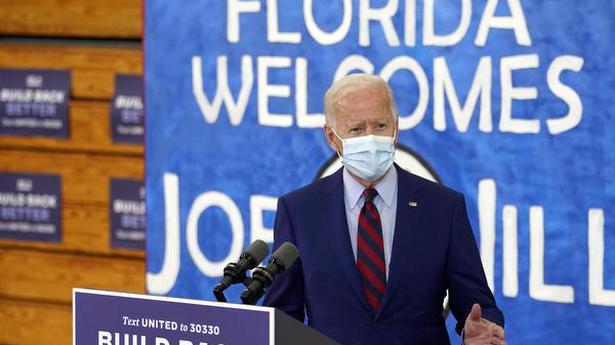