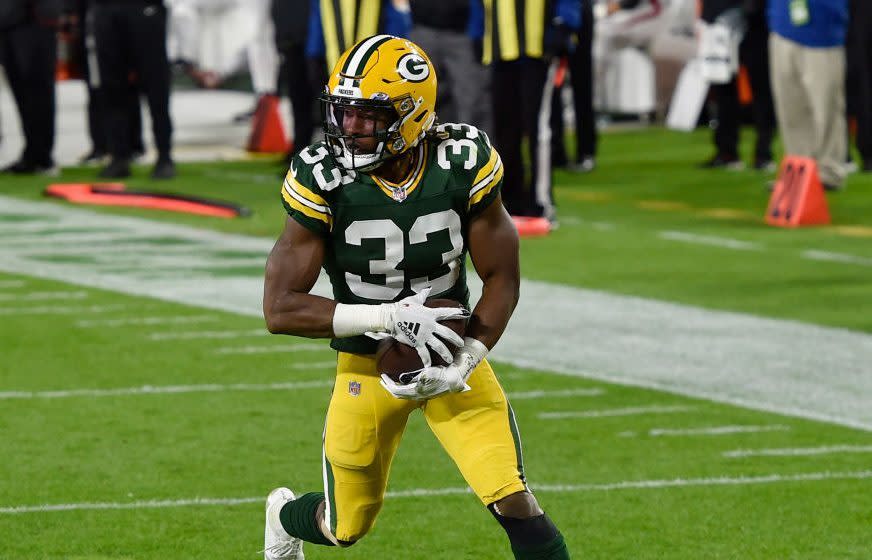 Running back Aaron Jones remained limited at Tuesday’s practice. He also was estimated as a limited participant Monday.

“We’ll see come game time if Aaron can go or not,” LaFleur said Tuesday, via Bill Huber of SI.com.

Jones has missed two games with a calf injury. He missed all of last week’s practices, so he is moving closer to a return. Will he play against the 49ers?

Dillon and Williams combined for 21 carries for 96 yards in Jones’ stead in the loss to the Vikings.

That leaves the Packers with Dexter Williams and Tyler Ervin. Ervin (wrist) returned to a full practice Tuesday.

“That’s what we have to work with,” LaFleur said. “They’ve been a part of our system for over a year.”