“A Quiet Place Part II” is the latest Hollywood film to push its global box office release as the coronavirus pandemic rages on in the U.S. This is the third time the film has been postponed due to the outbreak.

Paramount’s post-apocalyptic thriller is now set to debut on Sept. 17. The film was most recently expected to hit theaters on April 23.

The film is the much anticipated sequel to John Krasinski’s directorial debut “A Quiet Place,” which introduced moviegoers to a world in which deadly, but blind creatures hunt based only on sound. The film featured actress Emily Blunt, in a leading role alongside deaf teen actress Millicent Simmonds and a young English actor named Noah Jupe. All three return for the sequel.

The first “A Quiet Place,” which had a budget of only $17 million, went on to make more than $340 million at the global box office, as moviegoers flocked to cinemas to experience the thrilling film on the big screen and in large groups.

This is one likely reason that Paramount, which has actively sold a number of theatrical titles to streaming services in the last year, has decided to postpone the sequel’s release.

In the past, the studio has sold off Aaron Sorkin’s “The Trial of the Chicago 7” to Netflix and “Coming 2 America” and “Without Remorse” to Amazon.

The commercial success of “A Quiet Place” and Krasinski’s desire to have the film play on the big screen could keep the film away from the streaming market for the time being.

Here’s what the 2021 calendar looks like now that “A Quiet Place II” has been postponed. 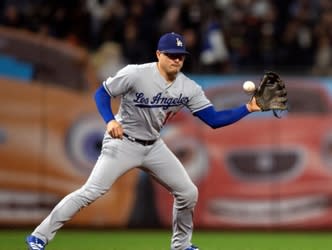 Former ambassador warns expiration of key nuclear treaty with Russia would make the U.S. ‘worse off’

Study suggests dengue may provide some immunity against Covid-19

Doing business in the U.S. will never be the same after election comes close to worst-case scenario

Covid vaccinations offer CVS, Walgreens and Rite Aid a chance to showcase how drugstores have changed