On November 22, 1820, the New York Evening Post ran a perfunctory book ad that was none too particular in its typesetting:

WILEY & HALSTED, No. 3 Wall street, have just received SYMZONIA, or a voyage to the internal world, by capt. Adam Seaborn. Price $1.

As literary landmarks go, it’s not quite Emerson greeting Whitman at the start of a great career. But this humble advert may herald the first American science-fiction novel. Although one might point to the crushingly dull “A Flight to the Moon,” from 1813, that text is more of a philosophical dialogue than a story, and what little story it has proves to be just a dream. “Symzonia; Voyage of Discovery” is boldly and unambiguously sci-fi. The book takes a deeply weird quasi-scientific theory and runs with it—or, more accurately, sails with it, all the way to Antarctica.

“Symzonia” is narrated by Captain Seaborn, who outfits a steam vessel for Antarctic exploration and hires a crew for a voyage that he is worryingly unforthcoming about. As the sealer forges ever farther south, beyond the reach of maps, and the compass spins wildly, the crew passes a shipwreck of alien construction and becomes terrified by a mammoth beast on the shore. The rumblings of mutiny begin. “We shipped with you, sir, for a sealing voyage; not for a voyage of discovery,” his first officer complains. Seaborn presses onward anyway. “I could not tell him of my belief of open poles,” he admits, “affording a practicable passage to the internal world, and of my confident expectations of finding comfortable winter quarters inside; for he would take that as evidence of my being insane.”

It is a timely sort of madness. “Symzonia” pivots off the widely circulated hollow-earth theories of Captain John Cleves Symmes, Jr., a hero of the War of 1812. The idea of a hollow earth was not new—the astronomer Edmond Halley, among others, argued for the earth being composed of nesting spheres—but Symmes added a compelling twist. He claimed that there were openings at the earth’s still undiscovered poles, and that an ambitious expedition could actually enter the internal world.

That is exactly what the narrator of “Symzonia” finds, and more. The earth proves to have a subbasement utopia of pale, wise beings who fear and marvel at their visitors. Symzonians live in a quasi-socialist society, dwell in houses whitewashed with liquified pearls, travel in airships, and are governed by a council of worthies and a “Best Man.” Captain Seaborn, proudly recounting the outer world’s valiant deeds of conquest, unwittingly horrifies them. The Symzonians suspect that “Externals” like Seaborn are the descendants of a depraved race exiled from Symzonia thousands of years earlier. Inevitably, the explorers are ejected from this paradise; and Seaborn, back home, is swindled out of what seal pelts he did procure, and is reduced to selling his tale.

Hollow-earth theories were popular enough that some newspaper notices treated “Symzonia” as factual; perhaps the allusive author name hadn’t clued them in, as there’s no record of an actual Captain Adam Seaborn. Though a young Edgar Allan Poe likely read “Symzonia”—his first published story and his sole novel both hint at it—the book itself received little attention. Its one prominent notice, in the North American Review, immediately spotted “Symzonia” as a Swiftian satire on colonialism, and drolly proposed trade with Symzonians. “There is no reason to believe that the Internals will not be glad to eat flour, and wear Waltham shirtings, and smoke tobacco,” the reviewer propounded, adding, “Should the Internals refuse to eat, drink, and smoke, as we direct, there then will doubtless be found ways to compel them.”

The article was unsigned, though it later proved to be by the future senator and Secretary of State Edward Everett—so we know who read the book. But who wrote it? When “Symzonia” is attributed to anyone at all, it’s commonly credited to the hollow-earther John Cleves Symmes, Jr., himself. The reason is bewilderingly flimsy. The literary scholar J. O. Bailey noted in 1942 that “Symzonia” used Symmes’s theories—well-known and ready fodder for any writer in 1820—and that the card catalogue at the University of North Carolina listed Symmes on its card as the author. In a footnote, he concludes, “There must have been some basis for this action.” And . . . that’s it, really, as far as reasons for the Symmes attribution. Yet Symmes was a touchingly earnest writer, and an uneducated one, neither witty nor agile. There’s no trace of the novel in his journals or letters, and Symmes himself never claimed or mentioned the book; neither did his sons, who wrote extensively about their father, and nor did protégés like James McBride. The historian William Stanton, who was deeply familiar with the hollow-earth œuvre, was unmoved by Bailey’s claim: “I am as certain as I can be that Symmes was not Seaborn. Symmes wrote only lectures, communiques, and letters to the editor. Moreover, he was in dead earnest. Seaborn’s banter would only have puzzled him.”

There are, thankfully, better attribution tools now than the U.N.C. card catalogue—namely, stylometric software like JGAAP (Java Graphical Author Attribution Program), famed for clinching the identification of J. K. Rowling’s pseudonym, and a program that I’ve dabbled in before. It can help identify a likely author by comparing the language of an unknown text with texts by other potential authors. JGAAP can run multiple sets of inputs through analytical approaches like Burrows’s Delta and Centroid, in order to create a ranking by similarity to an unknown text. The program’s creator, Patrick Juola, has told me that the usually unattainable ideal is for one author to show up as JGAAP’s first choice in every run. “You won’t see this,” he said. “But, if he comes out as the most likely or second most likely almost every time, it’s still highly likely that it’s him.”

So who are our suspects? “Symzonia” was published almost simultaneously with another American novel of 1820, James Fenimore Cooper’s anonymous début, “Precaution.” Cooper was a naval officer turned writer, and the idea of him doubling down on mysterious débuts with the maritime adventure of “Symzonia” is intriguing. Other seafaring writers, like Joseph Hart, Jeremiah Reynolds, Richard Henry Dana, and Nathaniel Ames, had not yet begun publishing but were old enough to. There are writers in the satirical and speculative vein, like George Fowler, George Tucker, and the melodiously named Jonas Clopper; sensationalists, like the veiled authors of “The Black Vampyre” and “The Female Marine”; and such other assorted luminaries as Lydia Maria Child, Washington Irving, John Neal, and Catherine Sedgwick. And, naturally, there are hollow-earthers, like James McBride and Captain Symmes. I assembled texts from eighteen authors, each stripped down to narrative bone and muscle—flensed of prefaces, page numbers, end matter, even punctuation—ready to be dissolved into linguistic events by JGAAP. Then I hit the Process button, heard my computer whir, and waited.

First: spare a thought for who is likely not the author. JGAAP seems flatly unimpressed by John Cleves Symmes. He scores, on average, ninth out of eighteen authors—perhaps an unsurprising result, considering “Symzonia” misspelled Symmes’s middle name. Nor is hope offered for the famous: Cooper ranks fifth on average, and Irving tenth. However, one author did leap to the forefront—taking first rank in nearly every run, and second or third in the remainder. His name is Nathaniel Ames. “This scapegrace son of Fisher Ames deserves to be better known,” the historian Samuel Eliot Morison once mused, describing how “he left Harvard in his senior year (1815), and went to sea as a common sailor.” 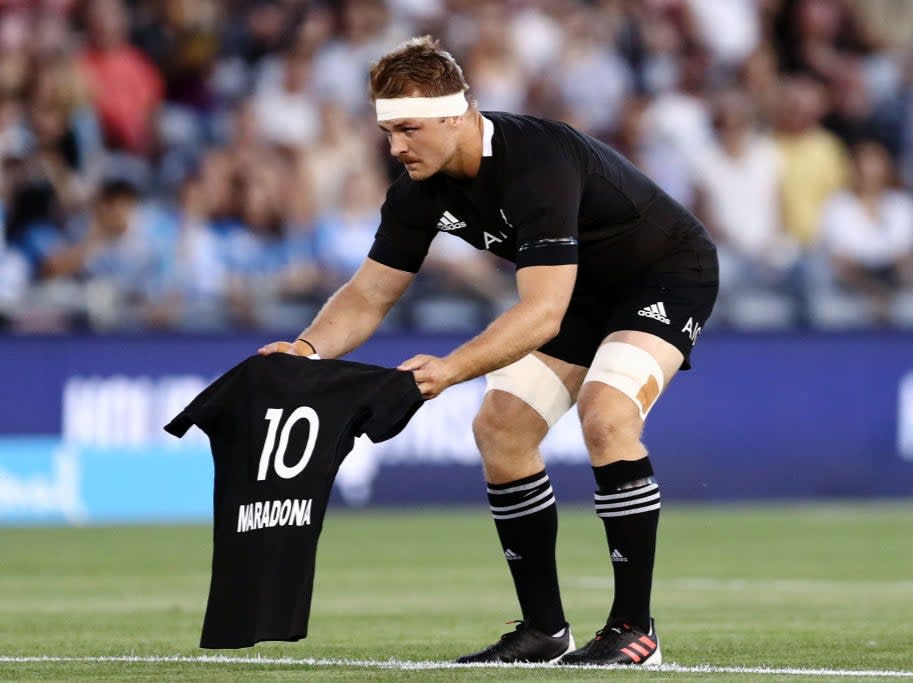 The Awe and Anguish of Being an American Today

ICYMI: Ankita Lokhande’s Wish On Daughter’s Day – A Speedy Recovery Of Her Father

All Eyes on Georgia