Nine years ago, Senator Sheldon Whitehouse had a sign made up that showed a photograph of the Earth as seen from space. “TIME TO WAKE UP,” it urged, in large, unevenly spaced letters. Every week that the Senate was in session, Whitehouse, a Democrat from Rhode Island, would tote the sign to the chamber, set it on an easel, and, before a hundred chairs—most of them empty—deliver a speech. Though the details changed, the subject of the speech remained the same.

“It is time—indeed, it is well past time—for Congress to wake up to the disastrous effects of global climate change,” Whitehouse said on May 16, 2013.

“My trusty ‘time to wake up’ sign is getting a little battered and showing some wear and tear, but I am still determined to get us to act on climate before it is too late,” he said on November 29, 2016.

Last week, Whitehouse hauled his beat-up sign to the chamber for the two-hundred-and-seventy-ninth time. He propped it up and announced that this speech would be the last in his long-running series. “A new dawn is breaking,” he said. “And, when it’s dawn, there’s no need for my little candle against the darkness.”

During the 2020 Presidential campaign, Joe Biden insisted that he took seriously the threat posed by global warming. Within hours of being sworn in, he had signed a slew of climate-change directives. One recommitted the United States to the Paris climate accord; another revoked the permit for the Keystone XL pipeline. A third charged the Secretary of the Interior to restore the borders of two national monuments in Utah—Bears Ears and Grand Staircase-Escalante—which the Trump Administration had shrunk.

Last week, on the same day that Whitehouse literally dropped the mic, Biden signed a second, even more sweeping batch of executive orders. Among their many provisions, they directed the Interior Department to “pause” new oil and gas leases on federal land, and created the Civilian Climate Corps, a government jobs program intended to put people to work restoring public lands and waters. They also instructed federal agencies to purchase “zero-emissions” vehicles, called on the director of the Office of Management and Budget to identify and then eliminate federal fossil-fuel subsidies, and established a new White House Office of Domestic Climate Policy. “It’s hard to imagine the week could have gone better,” Mike Brune, the executive director of the Sierra Club, told Rolling Stone. “We’re going from having the worst president in the history of our country with regards to protecting the environment to someone who has the most ambitious set of environmental proposals in our country’s history.”

Yet, as sharp as the contrast between Biden and his predecessor is, a week is only a week. In dealing with climate change, the United States is by now thirty years—and billions of tons of carbon dioxide—behind schedule. Warming is already wreaking havoc in many parts of the country—look at California’s gruesome wildfire season—and the effects are pretty much guaranteed to get worse in the decade ahead. Last year was tied for the warmest on record, an extreme that was particularly notable because the weather pattern known as La Niña prevailed in the Pacific, and this usually brings cooler temperatures. (The six warmest years on record have all occurred since 2014.) A study published last week, in the journal The Cryosphere, reported that global ice loss, mostly from the Arctic and the Antarctic, has reached 1.2 trillion metric tons a year, and another recent paper, in Science Advances, warned that the rise in sea levels from melting glaciers in Greenland may be seriously underestimated.

Meanwhile, the pandemic, which has brought down carbon emissions, has also illustrated how tough it is to make significant cuts. With much of the world under lockdown, global emissions were around six per cent lower in 2020 than they were in 2019. Though this drop was the largest on record, it was still not enough to put the world on track to meet the 1.5-degree-Celsius goal set out in the Paris accord.

Whether the Biden Administration can make a meaningful difference in the climate’s future remains very much to be seen. As the Washington Post reported recently, before the ink was dry on the President’s orders “the gas, oil and coal industries were already mobilizing on all fronts.” With the conservative majority on the Supreme Court, the Administration will have to be exceedingly careful in crafting new climate rules; otherwise, it could watch the Court sweep away the very basis of such rules. (The Court could revisit a key 5–4 decision, Massachusetts v. Environmental Protection Agency, which requires the agency to regulate greenhouse gases; Chief Justice John Roberts dissented in that ruling.) There is, unfortunately, no substitute for strong environmental legislation, and Congress hasn’t approved a major environmental bill since 1990. With the slimmest of possible margins in the Senate, Democrats may have trouble getting even a modest climate-change package passed. “The paper-thin majority likely puts sweeping global warming legislation beyond reach,” a recent analysis by Reuters noted.

Still, a critical threshold has been crossed. For decades, politicians in Washington have avoided not just acting on but talking about warming. “Years went by in which you could scarcely get a Democratic Administration to put the words ‘climate’ and ‘change’ into the same paragraph,” Whitehouse observed, before retiring his sign. “We quavered about polling showing climate as issue eight, or issue ten, ignoring that we had a say on that outcome. When we wouldn’t even use the phrase, let alone make the case, no wonder the public didn’t see climate change as a priority.” Credit for changing the conversation—for making sure that there is a conversation—goes to stalwarts such as Whitehouse, and to a new generation of climate activists, and to the voters who watched California burn and southwestern Louisiana flood, and then flood again, and pushed climate change up the agenda. In a recent Morning Consult/Politico survey, “addressing climate change” ranked just behind “stimulating economic recovery from COVID-19” and “health care reform” as a priority.

Talking isn’t going to solve the problem, but it’s a start. “We’ve already waited too long to deal with this climate crisis,” Biden said last week. “It’s time to act.” ♦ 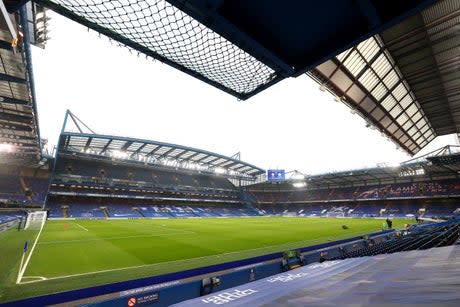 As the Midwest digs out, the East Coast braces for a powerful nor’easter

When “Creatives” Turn Destructive: Image-Makers and the Climate Crisis

Could Joe Biden Actually Bring America Back Together?

The Case to End the Supreme Court as We Know It

Masaba Masaba: Hrithik Roshan Is Rooting For Season 2. Are You?