Skip to content
Home>> Technology>>911 coverage finally comes to Fort Nelson, one of the last places in Canada without it

Residents of Fort Nelson, B.C., and the Northern Rockies Regional Municipality in the northeast of the province can now dial 911 for emergencies.

As reported by CBC News, Fort Nelson was one of the last places in Canada without 911 services. Instead, residents had to call 10-digit phone numbers for emergency services (each one had a different number).

Beginning January 27th, people in the region will be able to dial 911 from either a cellphone or landline. Dialling the number will connect them to an answering service based in Grande Prairie, Alberta. That service will then connect callers to the appropriate emergency service.

The region’s large size and small population made it difficult to implement 911 services. Typically, municipalities fund 911 services through a levy imposed on home phone numbers. However, with about 6,000 people living in the area — and only an estimated 2,000 landlines, according to CBC News — the money wasn’t there to fund 911.

Fort Nelson’s mayor, Gary Foster, told CBC News he worked with an independent emergency consulting service called Pomax, which helped bring province-wide 911 service to rural Newfoundland and Labrador back in 2014. Along with Pomax, Foster sought provincial funding through the Union of B.C. Municipalities. Pomax, the B.C. government and telecom services eventually came together to help set up the service.

While having 911 is a step in the right direction, there’s still more work to be done. Large sections of the Rockies Regional Municipality don’t have cell service, but Foster is working to change that. More pressing is the lack of flight service — flights between Fort Nelson and Prince George, B.C. were suspended for three months due to the pandemic. Residents of Fort Nelson rely on those flights for medical appointments.

Here is the latest on the Mets, Jackie Bradley Jr., and Trevor Bauer 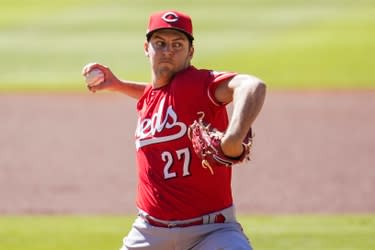 MediaTek Pushes for Permission to Supply Huawei After US Curbs

A palm oil alternative could help save rainforests