Kapaun’s remains were identified in Hawaii, his nephew Ray Emil Kapaun told CNN. The family received a call from the US Army with the news on Thursday.

“I almost started thinking it was a prank to begin with,” Ray Kapaun said. “I would have been less surprised if somebody called and said, ‘Hey, he’s going to be a saint.'”

Kapaun’s remains were recovered from a North Korean prisoner of war camp and turned over to the United Nations Command as part of the 1953 Armistice. All the remains first turned over at that time were taken to a US Army laboratory in Japan, said Lt. Col. Tamara Fischer-Carter, chief public affairs outreach and communication for the Defense POW/MIA Accounting Agency.

Eight-hundred-sixty-seven sets of remains were unable to be identified in that lab. The unidentified remains were interred as Unknowns at the National Cemetery in Honolulu, Fischer-Carter said in an email, where Kapaun’s remains were buried until they were exhumed by the agency in an attempt to identify the unknown soldiers.

Former President Barack Obama posthumously awarded Kapaun the Medal of Honor in 2013, the highest award for valor in the US military. The Vatican named Kapaun a servant of God in 1993, an early step that could lead to canonization, which is the process of becoming a saint in the Roman Catholic Church.

Kapaun, who served in both World War II and the Korean War before being taken prisoner and later dying of exhaustion and possible heart failure while in captivity in 1951, served as a chaplain in both wars. Even after being taken prisoner, the Catholic priest continued to minister to soldiers who were also in the prison camp, according to the agency.

After his unit was surrounded by Chinese Communist Forces in Unsan, North Korea, Kapaun was taken prisoner. When the Chinese forces surrounded him, Kapaun stayed with his unit, caring for wounded soldiers while they were under attack, a release from the agency said.

Kapaun was then taken prisoner and marched to a prisoner of war camp in Pyoktong, which is now in North Korea. He celebrated a final Easter Mass for the POWs in the camp in late March 1951, and died May 23, 1951, in a “sick house,” according to the agency.

Ray Kapaun had previously visited the area in the cemetery where unknowns are interred, and inquired about whether his uncle’s remains were there. At the time, he was told there was a 50-50 chance Kapaun’s remains could be among the unidentified bodies.

“They said don’t put all your hopes on that,” Ray Kapaun said. “They said he could still be in a grave in North Korea.”

Ray Kapaun said he and his family members are still in shock about the news. The family has not decided where they want to bury Kapaun or if they want to hold a ceremony of some kind in his honor.

“It’s been a long year, it’s been a tough year, and I think a lot of people are looking for a light in their lives right now,” Ray Kapaun said. “It gives everyone something to hang on, to hold on and to sturdy their faith, I guess is how I feel.”

There are 7,500 service members who served in the Korean War who remain unaccounted for, according to the agency.

Accounting for Kapaun “reaffirms our commitment to never leaving a fallen comrade,” Chief of Staff of the Army James C. McConville said in a statement.

Where does the Mets offense rank in the NL East — and how much does it matter for 2021? 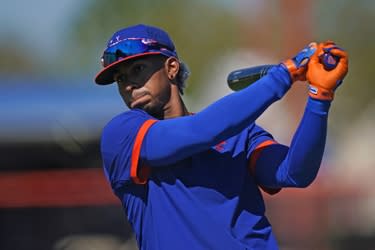 GTA RP Gets Too Real For This Twitch Streamer | COGconnected

The cultural moments that defined 2020