Bates is touted as the best high school prospect since LeBron James, but it was the lanky, 7-foot-1 Holmgren who was the star of the game. Holmgren’s Minnesota team, Team Sizzle, defeated Bates’ Ypsi Prep, 78-71, and both players finished with a double-double. Bates had a quiet 36 points (11-for-22 from the field) and 10 rebounds while Holmgren dominated both ends of the court with impressive blocks, long threes and powerful dunks in the lane, finishing with 31 points (13-for-18 from the field), 12 rebounds and six blocks.

Who is Chet Holmgren?

Holmgren burst onto the scene his sophomore season when he crossed Steph Curry over and dunked at Curry’s SC Select camp. “Steph’s one of the coolest dudes in the NBA and afterwards he laughed and said, ‘nice move’ shaking his head,” Holmgren told Yahoo Sports.

Fast forward to his senior year and he is one of the most dominant players in high school basketball. Holmgren has a slight frame and is built similarly to Kevin Durant. He’s been told he’s too skinny but he ignores all the noise from social media.

“Most of the people that tell me that are people on Twitter and have never seen me play basketball in person or understand basketball to begin with,” Holmgren said. “At the end of the day, I’m not too worried about what they’re saying. I’m just going to do me and keep working on my game.”

He moves extremely well for his size. He can defend the lane with his elite shot-blocking ability and sits down with smaller players on the wing. Holmgren has been called “Baby Porzingis” after Dallas Mavericks center Kristap Porzingis, showing glimpses of being another one of a kind unicorn on the court.

Holmgren is the best high school shot-blocker in America, showcasing his blocking ability at the Pangos All-American Festival in Phoenix, where he averaged 21.5 points, 15 rebounds and 11 blocks in his two games. Holmgren also faced tough competition last weekend where he went head-to-head with top-five senior Jabari Smith Jr.

“It felt good to be back on the court competing with guys from different regions,” Holmgren said. “We didn’t get an AAU season so it’s nice to be back in the gym and going against guys like Jabari [Smith Jr.] and Paolo [Banchero].”

Where could Chet Holmgren land in college?

His former high school teammate, Jalen Suggs, is playing at Gonzaga this season and is a projected lottery pick in the 2021 NBA draft. The Zags, Minnesota, Ohio State and Michigan are the favored schools. “It’s all about fit. You don’t want to go somewhere where they have to change the whole offense to accommodate you or change the defense,” Holmgren told Yahoo Sports. “So I’m just looking at where I fit with the coaching staff, the players on the team and my peers at the school.”

NBA scouts watching Thursday night might have tuned in initially for Bates but quickly realized it was Holmgren who was the better prospect on the court. We’ll have to wait two short years to see how his game will translate to the NBA but if this last game is any indication of the type of player Holmgren can be at the next level, he has the potential to be an All-Star.

Opinion: McCain’s revenge? Biden’s win in Arizona is more than that 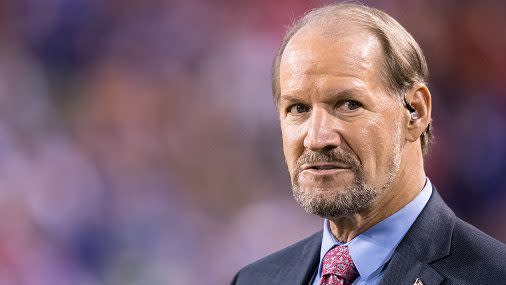 Revealed: Chelsea were warned off Thomas Tuchel in summer 2017