Rookie quarterbacks haven’t exactly been a fountain of fantasy production over the years, but could we see a change in that trend? Eight of the top-12 fantasy seasons from first-year field generals have been produced since 2015. That includes five players in the last three seasons, led by Justin Herbert’s 332.8 points last year.

Of course, we also must keep in mind that only 16 rookie quarterbacks have scored 200+ fantasy points, and a mere three scored over 300 points since 2000. So, for the last 20 years, just three rookies would have finished in the top 10 in fantasy points at the position this past season. Heck, Dak Prescott’s impressive 286.9 points in his rookie season of 2016 would have ranked “only” 12th in points among quarterbacks in 2020.

Regardless, rookie field generals are making a bigger impact in the world of fantasy football. That could continue in 2021, as the NFL welcomes what many consider a generational talent in Trevor Lawrence and at least two others who could be starters right out of the gate. So, for those fans looking to get a head start on doing their due diligence at the position, here’s my look at the top quarterbacks of the 2021 class.

Lawrence is considered the best quarterback prospect to come out of college since Andrew Luck. In three seasons at Clemson, he went 34-2, won three ACC titles and a National Championship. He completed 66.6 percent of his passes and threw for 10,098 yards, and scored a combined 108 touchdowns (18 rushing) in his career.

In 2020, Lawrence finished second in on-target pass percentage (82.6) among field generals, and his arms strength allows him to complete passes at all three levels accurately. Lawrence can also escape the pocket when protection breaks down and make plays with his legs. He underwent successful surgery on his left labrum and is expected to be back at 100 percent for the start of the 2021 NFL season.

Fields had plenty of success during his time at Ohio State, winning 20 games in 22 starts and two Big-10 titles while also making an appearance in the 2020 National Championship Game. He completed nearly 70 percent of his passes in two seasons with the Buckeyes, finishing with 78 total touchdowns (15 rushing) in his career.

Fields completed 70.2 percent of his passes during an abbreviated 2020 campaign due to the COVID-19 pandemic. He does well on deep throws and ranked 16th in air yards among quarterbacks despite not playing a full season. Fields can also put up numbers on the ground, which is huge in the world of fantasy football. He rushed for a combined 867 yards with 15 touchdowns during his 22 games at Ohio State.

Wilson’s junior season at BYU was one for the ages, as he completed nearly 74 percent of his passes and led the Cougars to an 11-1 record. His 33 touchdown passes are 20 more than he had his first 18 games combined. Wilson also ranked second among quarterbacks in air yards this past season with a solid 2,187.

Wilson has the tools to make every throw, which is evident in his 95.0 passing grade on tight-window throws, per Pro Football Focus. That’s a higher grade than Joe Burrow, who had a grade of 90.5 percent in 2019. While he doesn’t have elite skills as a runner, Wilson does have some mobility if the pocket collapses around him. If there’s one downside, Wilson’s college competition wasn’t all that impressive.

Lance went “undefeated” in 2020, though North Dakota opted to cancel its schedule after one game due to the COVID-19 pandemic. He had 149 passing yards, 143 rushing yards, three total touchdowns (2 rushing), and a pick in that one game. His skills as a runner at the quarterback position remind some of fantasy star Josh Allen.

While he’ll be a locked-in first-round pick in the 2021 NFL Draft, Lance could need some time to develop at the next level. The arm strength is there, and he showed great poise during his collegiate career. Lance is also a good decision-maker, which is obvious from one stat in his 2019 season: he threw zero interceptions on 287 pass attempts. Much like Wilson, one of the questions about Lance is the level of competition he ultimately faced at the Football Championship Subdivision level.

Jones is coming off a spectacular statistical campaign, leading all quarterbacks in passing yards while finishing second in touchdown passes. He also led Alabama to another National Championship. Over his last 24 collegiate games, Jones threw for an impressive 55 touchdown passes while throwing just seven interceptions.

Jones, who completed more than 77 percent of his passes, led his position in terms of one-target percentage (84.5) and finished with a bananas 145.2 rating. More of a classic drop-back passer, he won’t give fantasy fans much as a runner. You also have to wonder how much of his statistical success came due to the ridiculous talent the Crimson Tide possessed in all phases of the offense, including Devonta Smith.

Trask is a big passer at 6-foot-5 who produced terrific stat lines against top SEC competition in his final collegiate season. He also lit up the Crimson Tide for over 400 yards and five total touchdowns in the SEC Championship Game, albeit in a losing effort. In his final 24 games at Florida, Trask produced 68 touchdown passes.

Built in the mold of Ben Roethlisberger, Trask is a true pocket passer who isn’t as immobile as Mac Jones but won’t do much as a runner. He ranked first among field generals in air yards (2,338) and ranked 19th in on-target pass percentage this past season. Trask likely won’t be a first-rounder, but he’s a good Round 2 bet for a quarterback-needy team that missed on the position in Round 1.

Michael Fabiano is an award-winning fantasy football analyst on Sports Illustrated and a member of the Fantasy Sports Writers Association (FSWA) Hall of Fame. You can follow Michael on Twitter, Facebook, YouTube, and Instagram for all of the latest breaking fantasy football news and the best analysis in the business!

The Sims 4: Snowy Escape Review – A Perfect Way To Hit The Slopes 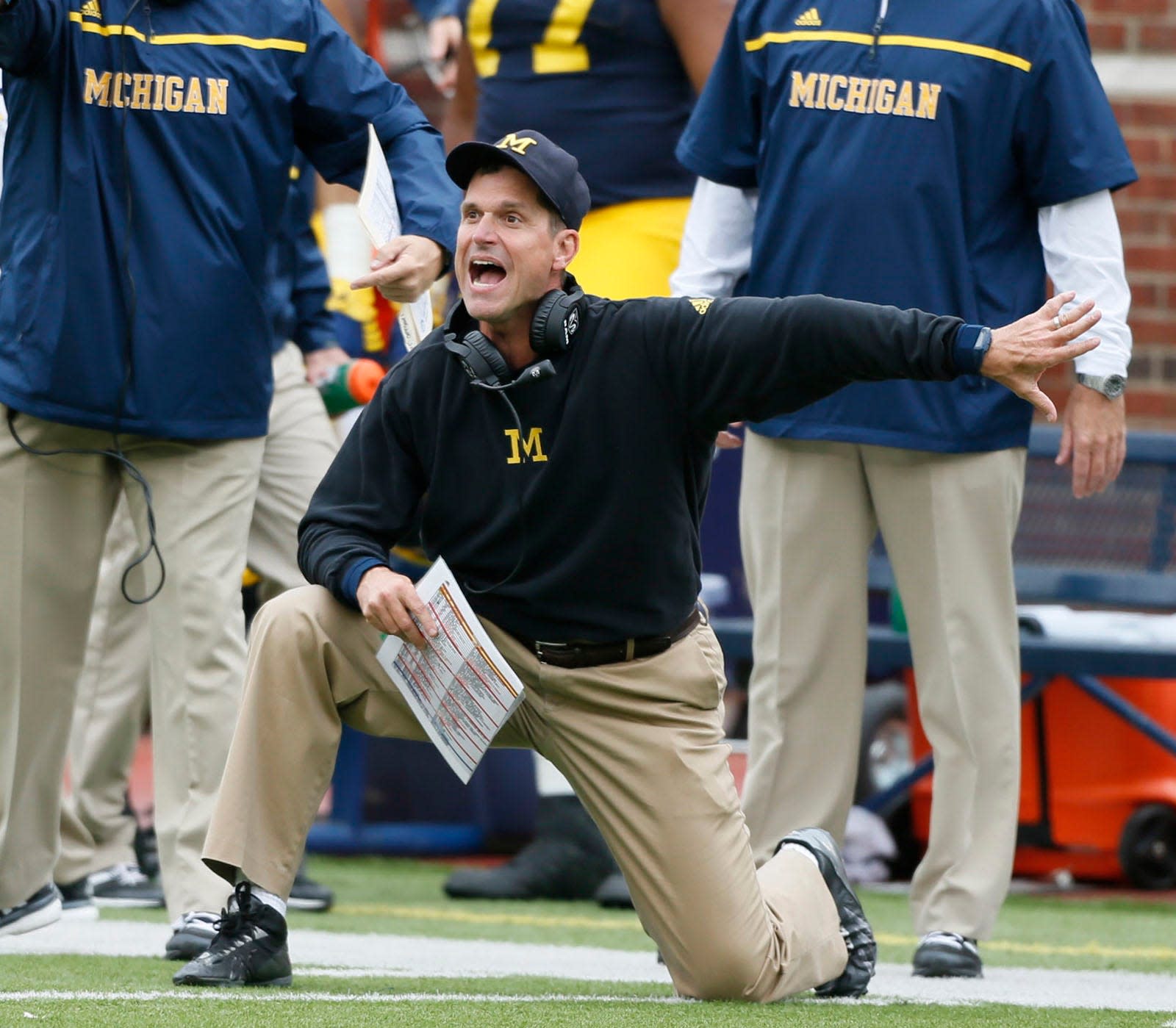 Jim Harbaugh says he has no fear of a firing. Michigan football’s schedule says otherwise