Still, the Tigers could use more bats.

But ESPN draft and prospect analyst Kiley McDaniel predicts the Tigers will draft Vanderbilt right-hander Kumar Rocker with the No. 3 overall pick in 2021. The draft begins July 11 in conjunction with MLB’s All-Star Game festivities in Atlanta.

“I probably don’t have to tell you that Detroit, it’s not just believed to be, like they will openly talk about ‘We love players that perform in the SEC that we’ve seen for multiple years,’” McDaniel said Friday in a conference call with reporters, “and Kumar is that to a tee. He fits them perfectly.”

‘HARD NOT TO LIKE’: Expert opinions on Detroit Tigers’ 2020 draft class

SEIDEL: Tigers crushed 2020 MLB draft and may have supercharged their rebuild

BROS AT FIRST SIGHT: Alligators and 5,000-foot bombs: Inside the bromance of Riley Greene, Spencer Torkelson

MIZE: Why Casey Mize knows exactly what he needs to improve

MANNING: Matt Manning has MLB debut on his mind: ‘I’m ready to go’

As a freshman in 2019, Rocker tossed a 19-strikeout no-hitter against Duke in the NCAA Super Regionals, followed by two wins (with a 1.46 ERA) and Most Outstanding Player in the College World Series. In his four NCAA tournament starts, he went 4-0 with a 0.96 ERA.

Here’s how McDaniel believes the top three picks will unfold: Prep shortstop Jordan Lawlar (No. 1 to Pittsburgh Pirates), Vanderbilt right-hander Jack Leiter (No. 2 to Texas Rangers) and Rocker (No. 3 to Tigers).

“May sound surprising,” McDaniel said, “because I think everyone thinks (Rocker) is the best prospect. He is not. Right now, I think he’s seen as either second or third, depending on how much you like Jack Leiter.”

Rocker’s wipeout pitch is his power slider. His fastball sits in the 93-96 mph range. His changeup, however, isn’t as consistent and must develop for him to become an ace in the majors.

Lawlar — from Dallas Jesuit High School in Texas — is “pretty clearly the best prospect,” McDaniel said, comparing his body to Carlos Correa and Derek Jeter. He added that the 18-year-old would be ranked somewhere in the top 50 of baseball’s best 100 prospects if he were already a professional.

“And then it’s a lot of college pitching and up-the-middle college hitters,” McDaniel said. “The other hitter that would be in that area is Matt McLain, a shortstop/second baseman (from) UCLA, and Marcelo Mayer, a high school infielder out of Southern California. Those are probably the best two bats right now behind Lawlar that would be in play at three.”

CABRERA: One Tigers prospect is trusting the ‘hit doctor’ to elevate his game

WORKMAN: Gage Workman is ‘the perfect human,’ and maybe the Tigers’ missing piece

His best pitch is a 12-6 curveball, accompanied by a slider and a fastball between 94-97 mph with cutting action. Leiter hasn’t used his changeup much since arriving at Vanderbilt. In his college debut, he struck out 12 through five no-hit innings against South Alabama.

“I think there’s a real shot that Leiter slides ahead of him, and Kumar is just the best player at No. 3,” McDaniel said. “If I had to put my money on anybody, I would say it’s him. And if it’s a bat, it’s unclear who the next best bat behind Lawlar is. I don’t have a great answer for you yet.”

When will Tork arrive?

Mize and Skubal will compete for jobs in the starting rotation, but Manning seems set for a short stint in Triple-A Toledo before his MLB arrival midway through the year. Greene is expected to start in Double-A Erie and Torkelson in High-A West Michigan.

SPRING TRAINING: Ten storylines to watch, including first base and rotation

“Not this year,” McDaniel said about Torkelson’s MLB debut. “It seems like Detroit is pretty hesitant to call guys up before they’re ready just to try to get somebody on the field. … So I would say as early as two weeks into 2022 is when I would start looking for him; toward the end of ’22, I think, would be like the later end of that window. If it takes him until ’23 I would almost be a little bit worried that there was like a real injury or something went a little sideways.”

“The sort of assumption is when you’re that good you can probably just steamroll through the minor leagues and then maybe you’d have your first sort of problems in the big leagues,” McDaniel said. “And rather than doing that, let him run into some problems and take it a little bit slower in the minors. Maybe Double-A/Triple-A he runs into some problems, hangs around for a few months there.”

This article originally appeared on Detroit Free Press: Why Detroit Tigers are likely to pick Kumar Rocker in 2021 MLB draft

Bully 2 May Have Been Canned for Other Projects | COGconnected

5 Spooky, Scary and Creepy Games From PAX Online You Need to Play 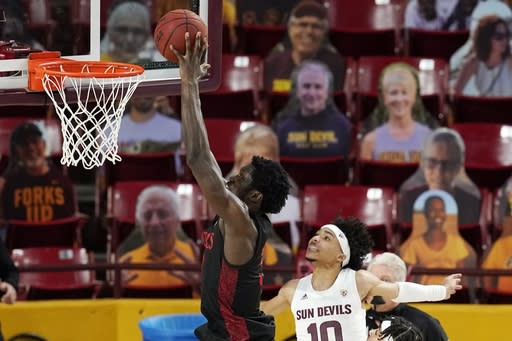