Now one week away from the misplaced Masters. We head to Houston for one last tune up before the most exciting week in golf.

We have had some seriously close calls in the past few weeks. If you have been hedging your outright winners with top 5, or top 10 bets you’re definitely making money off these articles. Let’s continue this run and hit back to back outrights!

Dustin Johnson comes in this week as the clear cut favorite on DK Sportsbook at +700. This will be his first event in seven weeks, so expect some rust to shake off early in his Thursday round.

Tyrell Hatton +1800, Tony Finau +1800, and Russell Henley +1800 makeup the next tier of top bets. Followed by Viktor Hovland +2000, Hideki Matsuyama +2000 and Brooks Koepka +2200 in his second event since the knee surgery. Out of this bunch Tyrell Hatton has been playing the best with a win just a few weeks ago at Wentworth. All of these guys are fine tuning their game in hopes to take home the green jacket next weekend.

Value bets have been a theme the past two months. Will the cream rise to the top this week or will another underdog pull out a victory?

Keep on reading to get the “Best Bets” and more.

Want even betting plays AND DFS analysis? SI Fantasy PRO members get exclusive DFS and betting breakdowns for every sport for less than $20/month.

Plus, become a member of our Discord community and receive information from the “Vegas Whispers” sharp plays in REAL-TIME.

Never miss a moment to get the best lines and props with SI PRO!

Let’s take a look at the current odds from DraftKings Sportsbook, as well as the best bets and more…

Hatton has been a model of consistency on Tour since the restart. In his last ten events he has compiled a win, three top 5 finishes, a solo 7th, two top 30’s and two missed cuts.

This is a perfect layout for his game. Easy to hit greens with lighting fast speed. His putter should give him a clear advantage this week. He will be highly motivated to play the weekend otherwise he wouldn’t be teeing it up a week prior to the Masters. I have no doubt he makes the cut and given his recent success the odds are well worth it for the golfer getting.

Henley has been a ball striking machine and his putter is much better on Bermuda greens. Last time out he gained 9.2 strokes through approach and lost 5.3 strokes with his putter. He was in the bottom three worst putters at the ZOZO and still managed a fourth place finish. Ride this hot streak until it fizzles out.

I will be starting my cards with both golfers and building from there.

Sungjae is far and away better on Bermuda greens than any other putting surface. His last win was at the Honda (Bermuda greens) which I have as my favorite corollary course this week. In his last six events he has gained strokes through approaches. He has been struggling on the greens and his results have reflected that. However, that has moved his odds lower than I would expect in this field. Now is the time to take your chance on Sungjae getting his bounce back win.

Sometimes statistically things don’t line up the way you see things. Wyndham Clark passes the eye test with flying colors. He comes in ranking 62nd overall in my model. The stats that do pop are his par 5 scoring where he ranks 1st in the field, and DraftKings scoring where he ranks 23rd overall. I want upside in a projected shootout, Wyndham brings plenty of that to the table. Coming in off a great weekend he should be motivated to pick up where he left off.

I have the Honda as a corollary course and he placed 11th and 7th in the past two years at that event. Click the name, don’t look at the inconsistencies and move on.

All it takes for Mac to be in the mix is a stellar putter. He has shown that he is one of the best putters on Tour. Since the restart Hughes has three top 5 finishes, one top ten and multiple top 20 finishes. When he is on, he is on! Same as Sungjae he played great at the Honda with a second place finish.

Finau is known for breaking your heart, and while a weekend breakdown is always a play until we see otherwise, I don’t think 18/1 odds feel to steep for him based on his recent play as well as the field.

Finau has two top 10 finishes over the last four tournaments, and has finished no worse than 17th at the TOUR Championship. He’s top 8 in strokes gained: total, 4th in SG: tee-to-green, as well as 10th in SG: approach. Being a slightly longer course, I like the edge Finau will have off the tee, plus averaging over 80 DK points over the last month never hurts either.

As for Henley, he’s a cash game lock in DFS and a very reasonable bet at 20/1. He hasn’t missed a cut in his last seven tournaments (all the way back to July with the 3M Open when he shot a 72 and 69 on the first two days). He also has back-to-back top 3-4 finishes in his last two events, including a blistering last weekend with a 63 and 66 over at the Zozo Championship.

Henley is either 2nd or 3rd in SG: total, tee-to-green, ball striking, and approach over his last 24 rounds. Get him in cash and breathe easily.

Redman comes in 3rd in SG: total. After being one of the favorites last week, his 50/1 price tag feels like a discount, similar to a black Friday sale on a TV because the store got all these new models in.

Regardless, his T4 at the Bermuda last week told me everything I needed to know about considering backing Redman as he starts to go into one of his recent grooves.

With Hahn, I feel like it’s Russell Henley “light.” He has three finishes inside the top 10 over his last three tournaments including a T5 at the Shriners several weeks back. He’s 10th in SG: total over his last 24 rounds, and 8th in SG: tee-to-green with a shot at paying off at 80/1.

Other than losing a stroke with his putter, the numbers continue to keep climbing for Hahn in each of the last three rounds, so there’s no reason to fade him now.

Straka has shown throughout the year that he can hang with the best of them when he’s in contention. He’s outstanding off the tee as well as with his putter, with the only major weakness in his short game around the green (T124 in SG: around-the-green via Fantasy National).

He also fits the description of longshot golfers that I like heading into a tournament with improved play over the previous 2-3 weeks. Before missing the cut at the Sanderson, Straka finished T43 at the Shriners and T21 at the Bermuda Championship last week.

Following a long layoff, due hip and knee issues, Koepka returned to action and finished T28 at the CJ Cup three weeks ago. Rough rounds on Thursday (74) and Sunday (73) negated a pair of 68 scores during the middle rounds of the tournament. This is the first PGA tournament at Memorial Park Golf Course since 1963 so the players will face unknowns. Koepka has a leg up on the field in that regard as he was the player consultant who helped Tom Doak re-design the course. Although Koepka hasn’t won since the 2019 St. Jude Invitational – I like his course knowledge edge and the +2200 moneyline value.

Griffin enters the 2020 Houston Open as the defending champion. The 2019 tournament was played at the Golf Club of Houston and a 274 (-14) score earned Griffin his first PGA Tour victory. He has played in four events this season that began with a T43 at the U.S. Open and a missed the cut at the Shriners Tournament. He has been in good form since then with solid results at the CJ Cup (T7) and the ZOZO Championship (T11). Griffin has finished in the top 20 during five of his last eight starts. This longshot play can be hedged with a bet on his top 20 moneyline price (+225) at DraftKings.

Check out the DFS golf contests offered every week at DraftKings.

Few players are running hotter than Henley right now. He closed the 2019-20 PGA season strong as he posted a T25 at the BMW Championship, a T8 at the Northern Trust and a T9 at the Wyndham Championship. During three starts this year, Henley finished T27 at the Shriners Tournament, T3 at the CJ Cup and T4 at the ZOZO Championship. Henley is tied as the third favorite to post a Top 10 finish at the DraftKings Sportsbook. He has three PGA wins and his last victory was at the 2017 Shell Houston Open, which was played at the Golf Club of Houston.

Veteran Stewart Cink has been on a roll early during the 2020-21 PGA season. Cink has played four tournaments and finished in the top 12 during three of them. His run started with a victory at the Safeway Open in September – which was his first PGA tour win since 2009. He followed that with a T12 at the Sanderson Farms Championship before struggling to a T64 finish at the Shriners Hospitals for Children Open. After he didn’t qualify for the CJ Cup and ZOZO Championship, Cink rebounded with a T4 finish at the Bermuda Championship last week.

Analysis: Millions of White voters are once again showing who they are

The Bucs Better Hope the Antonio Brown Signing Works Out

England vs Pakistan: Jason Roy Ruled Out Of T20I Series Against Pakistan Due To Left Side Strain | Cricket News

Mailbag: What Will the Tennis Calendar Look Like in 2021? 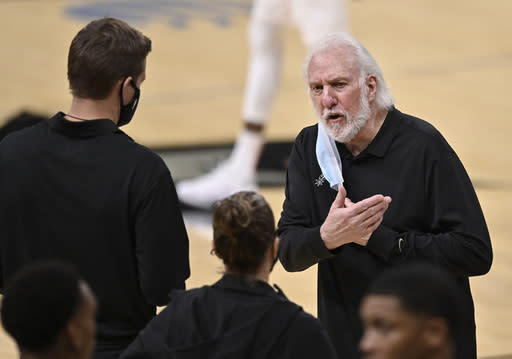