It’s the Most Horrible Time of the Year

It’s that time of year again where people get dressed up and decorate their house, all in celebration of fear and candy. While things may be a little different this year due to the *gestures broadly at world on fire,* gaming fans can still scare their own pants off in the safe (but still spooky) comfort of their own home. You may be wondering, “Hey [writer] at {Trusted Gaming News Outlet}, what horror games should I play now that I’ve braved my way through all the titles on your previous list?” Well dear reader, I’ve compiled a brand new updated list of must-or-at-least-should-play horror titles for you to play in the dark on this, the season of spookies.

Along with being a great technical showcase and launch title for the Xbox 360, Condemned: Criminal Origins is an excellent psychological horror game. The Se7en/Silence of the Lambs inspired plotline sees SCU agent Ethan Thomas trying to track down a serial killer of serial killers after being brutally maimed and framed for murder at an investigation site. Throughout the game you’ll spend a lot of time at crime scenes searching for clues and evidence, but the game also has a brutally visceral combat system that actually got the game banned and confiscated in Germany in 2008. The game’s sequel, Condemned 2: Bloodshot, is a little more action focused but still manages to provide a few solid scares as well. Plus they were made by Monolith, the same studio that made the recent Middle Earth games.

The Forest starts out as an innocent father-son vacation that quickly and literally descends into cannabilstic madness after your plane goes down on a remote island. Your son is kidnapped by its flesh-hungry residents, who come for you in the night (and day when they’re feeling brazen), forcing you to set up camp and fortify against them. This game is for those who like more “survival” in their Survival Horror, as you’ll have to gather resources to craft differnt weapons and barriers for protection. Food resources are particularly sparse, so you’ll likely have to convert to cannabalism early on, which leads to some other particularly disturbing gameplay elements. To double down on the horror, there’s an intricate underground cave system home to mutants that you’ll need to explore with very little light in order to find your son. It can also be played in VR for maximum terror, but you can bring a friend along to watch your back.

From the studio that brought you the Amnesia series comes a game that opens on the TTC – for residents of Toronto, nothing is more horrifying than having to be on our absolutely cursed public transit system when you really don’t need to. Luckily you’re quickly transported to an underwatch science facility full of sentient robots and something else I saw running through the industrial hallways that I couldn’t quite make out from its silhouette, but was definitely not robot shaped. The game also sports a particularly interesting narrative, so if you’d like to experience it without being torn apart by whatever is lurking in PATHOS-II you can turn on Safe Mode to experience it at your leisure. The monsters will still definitely be there watching your every move, but now you can stop to admire their scales instead of running in fear.

After leaving Capcom and making some non-survival-horror related games, Shinji Mikami started up his own studio and returned to the genre he helped define with The Evil Within. Though its plot may be a mess and both games in the franchise are overall not as beloved as their predecessors, they still have some pretty strikingly horrifying imagery that make for great late-night plays right before bedtime. It also does a good job of scratching that third-person survival-horror itch that Resident Evil 4 left unscratched with RE5 and 6. If you’d prefer, you can jump right into The Evil Within 2 which has a nifty first person mode as well.

Admittedly, Little Nightmares is not particularly “horrifying.” It doesn’t employ jump scares or stark-raving madness to give you the scare you’re looking for. Instead it uses definitely disgusting character design, and the looming questions of “where am I, and what is going on?” to keep you unsettled and your skin crawling. When you start the game (and even when you end it really) you don’t know much about the young girl named Six that you play as – you only really know that wherever you are, you want to get out. The game is appropriately titled as its surreal atmosphere and oblong characters are reminiscent of the nightmares you may have had as a child. That being said, given that the game is pretty PG (much unlike the other titles on this list), it’s a relatively family-friendly horror game if you decide you’d like to play it with your own little nightmares.

Remember Outlast? Imagine that, but with a Xenomorph hunting you down in a derelict space station. This particular Alien game is more reminiscent of the original film, being set 15 years after it and putting players in the boots of Amanda Ripley, Ellen Ripley’s daughter. In all honesty, the game is a little lengthy and its nostalgic novelty can wear off. But don’t worry about that, it’s worth playing until that point for the most authentic Alien gaming experience. Plus, the game’s Last Survivor DLC brings the original cast together for the first time in almost 25 years. One of the game’s most interesting features is that if you have a headset plugged in, the Xenomorph will actually be able to hear you talking or breathing while you’re hiding – so be sure to stay quiet!

The emotional toll of war: Armenians, Azerbaijanis living in Canada embroiled in turmoil

Microsoft Is Not Buying Tiktok Anymore, It’s All in Oracle’s Hand Now 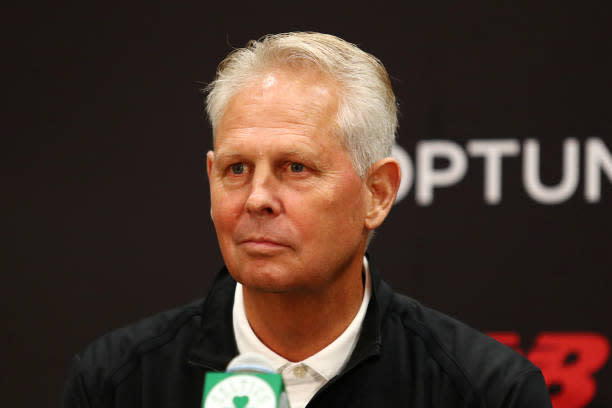 Breaking down the offseason coaching carousel