Skip to content
Home>> Sports>>PUBG Mobile Ban, What Does It Mean for the Indian Gaming Community?

PUBG Mobile players in India got a nasty surprise on September 2nd evening from the Indian Government. A press release issued by the Ministry of Electronics and Information Technology Government of India said that many apps and games that have ties to China have been banned. The reason for the ban according to the Press Release issued by the GOI was the mishandling and misuse of user data. This is not the first time the Indian Government has banned apps made in China. In the previous Chinese app ban, the Indian Government banned the famous TikTok app along with many other Chinese apps. This ban, however, seems to have given the gaming community of India an unexpected surprise. PUBG Mobile and PUBG Mobile Lite have been banned in India and not many expected it to happen.

Government blocks 118 mobile apps which are prejudicial to sovereignty and integrity of India, Defence of India, Security of State and Public Order: Govt of India

PUBG Mobile India Ban: Other Games That Have Been Banned

Along with PUBG Mobile and PUBG Mobile Lite, many other games have also been added to the Chinese app ban list including:

This time the Chinese App ban focused more on the Chinese games and Chinese game publishers. The list also contains several Chinese apps that have been banned as well including TanTan which is a dating app that was quite popular in Tier II and Tier III cities in India. In this app ban by the Indian Government, most of the big games have been removed. The PUBG Mobile ban happened since the game was owned by Tencent games which is a Chinese MNC owned by Tencent. For many players, this came as a surprise but the GOI had already gotten the PUBG Mobile ban for the personnel serving in the Indian Army.

As things stand there are not a lot of PUBG Mobile alternatives left for the Indian gamers except Garena Free Fire and Call of Duty Mobile. Almost all the other mobile battle royal alternatives have been removed by the Indian Government. Both Garena Free Fire and Call of Duty Mobile have been doing well in the Indian gaming community but never got as popular as PUBG Mobile but now since there are no alternatives left now one of these two games will win the title of #IndiaKaBattleRoyal.

Garena Free Fire has been aggressive with its advertisement campaign targeting the Indian gaming audience for some time now. They even released a full-fledged Tv ad film to get more players from the south Asian market. Call of Duty Mobile, on the other hand, has been not so aggressive with targeting the Indian gaming audience but that may change now. Both these games are non-Chinese. Call of Duty Mobile is owned by Activision games and developed by TiMi studios. Free Fire is owned by Garena which is a Singaporean game publisher.

PUBG Mobile Ban: What Happens To The Indian Streamers On YouTube

Probably the hardest hit among all in this new Chinese app ban are the PUBG mobile streamers on Youtube. PUBG Mobile is still one of the most-streamed game in India and gets a huge number of viewers. With PUBG Mobile Ban in place, there are not a lot of alternatives left for the PUBG Mobile streamers. There is the usual option of streaming Call of Duty Mobile or Garena Free Fire but in the case of Garena Free Fire, it already has a strong base of Indian audience and streamers. As of now, it seems that Call of Duty mobile could be the best option for the streamers of PUBG Mobile.

This is probably the biggest question on everyone’s mind. Yes, you can still play PUBG even after the PUBG Mobile Ban and without any VPN or doing anything illegal but you will need a laptop or a computer. In 2019, seeing the popularity of Tencent Gaming buddy emulator and players using android emulators to play PUBG Mobile made Bluehole release PUBG Lite PC. This is still free to play PUBG for laptops and computers. Here is a link to the website. Now that there is an actual PUBG Mobile ban in place this might be a good time for Indian gamers to try this PC game out again.

Cyberpunk 2077 Is Costing CDPR More Than Good Will | COGconnected 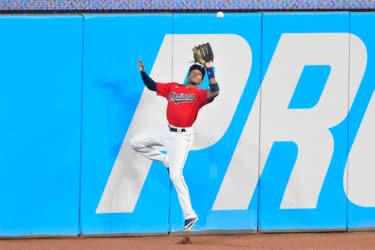 Yankees set to trade for Padres OF Greg Allen: report

Cavs Acquire Another Second-Round Pick in Trade with Jazz