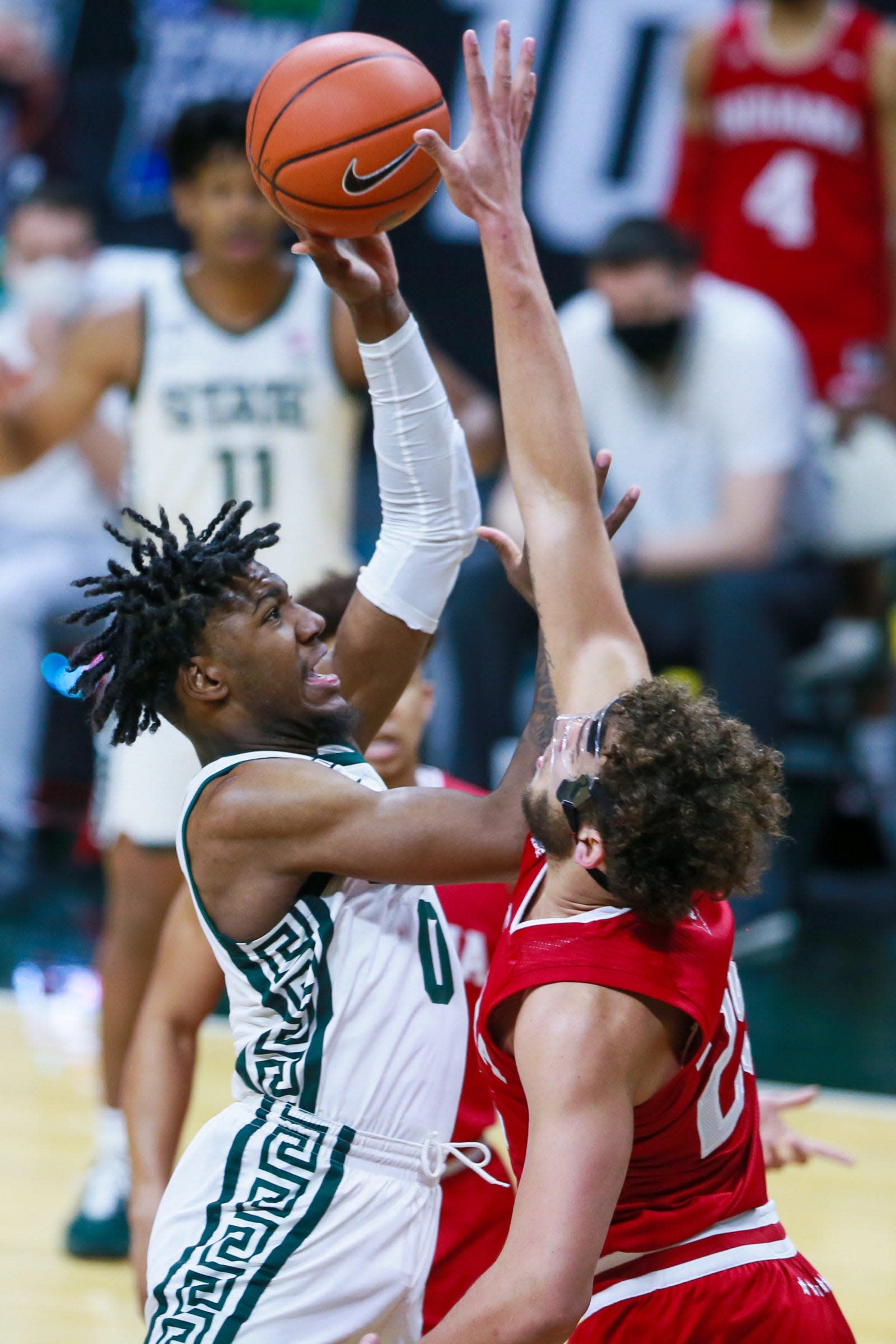 Two assists on two big baskets at a critical moment to daze Indiana.

Then Henry took over against the Hoosiers, just like he did a little over two weeks ago for the Spartans, once again breathing life into Tom Izzo’s quest for a 23rd straight NCAA tournament appearance.

The MSU junior scored 12 points in the final 4:34, including a 3-pointer with 2:10 to play and a jump-stop layup with 1:15 to go as part of a 10-1 run. That included a pair of Henry free throws with 45.2 seconds remaining to help seal the Spartans’ critical 64-58 win Tuesday night at Breslin Center.

The 6-foot-6 junior from Indianapolis had 18 points on 6 of 9 shooting, six rebounds, a block and two steals in the second half. Henry finished with 22 points, eight rebounds and five assists after he equaled a career high with 27 points in in the first meeting this season, a 78-71 win Feb. 20 in Bloomington.

It sets up the rest of the week for MSU (14-10, 8-10 Big Ten) with back-to-back rivalry games with No. 3 Michigan, which is nearing its first Big Ten regular season title since 2014. The Spartans and Wolverines play Thursday in Ann Arbor (7 p.m., ESPN) and in East Lansing on Sunday to close the regular season.

The win should put MSU closer to an NCAA tournament berth and severely crippled the hopes for Indiana (12-13, 7-11). The Spartans did so by holding Trayce Jackson-Davis to just nine points on 1 of 5 shooting after the Hoosiers sophomore forward scored 34 against them in the first meeting. Rob Phinisee scored 16 to lead Indiana.

Joshua Langford had 13 points and seven rebounds while running point guard late in the game again. Brown finished with 10 points and seven boards coming off the bench as Izzo shook up his starting group and went with Langford and Henry with A.J. Hoggard, Malik Hall and Julius Marble II.

MSU captain Foster Loyer had surgery on his injured left shoulder Monday and will miss the rest of the season, per a team spokesman. The junior point guard averaged just 3.0 points in 15.8 minutes during Big Ten play, though he also handed out 2.2 assists in his 13 league games that included five starts.

Indiana played without sophomore Armaan Franklin, the team’s second-leading scorer at 11.6 points a game, for the second straight game with a bone bruise on his right foot.

The two teams played an ugly first half, in which the Spartans scored the first four points on free throws followed by seven straight from the Hoosiers. Indiana went up by six before MSU recovered with a 6-1 run to close the half with back-to-back deep Langford jumpers to go to the locker room tied, 26-26.

That closed out a half in which the two teams combined to make just 16 of 51 shots and 2 of 21 from 3-point range. Add in 13 combined turnovers, eight of them by the Spartans, to add to the misery index.

Things became a foul-fest in the second half, with 14 whistles alone in the first 8 1/2 minutes to put both teams in the bonus early. Indiana got four free throws as part of a 9-2 run after the Spartans seized a brief two-point lead on a Langford 3-pointer and Henry layup.

But Marcus Bingham Jr. leaped over traffic for a putback dunk on a Rocket Watts missed layup to stop that run. Henry split two pairs of free throws, then got out in transition twice to set up Brown with feeds from midcourt — first a 3-pointer in the left corner, then a deep 2 in front of his bench on the other side. That gave MSU a 42-39 lead and prompted IU coach Archie Miller to burn a timeout.

The Hoosiers bounced back and the two teams traded leads before Henry’s finishing flourish gave the Spartans their sixth win in their last nine.

For the First Time In Forever, Isaiah Thomas Looks Like Himself

Hrithik Roshan Is Coming on Garena Free Fire as Jai, Be the Hero 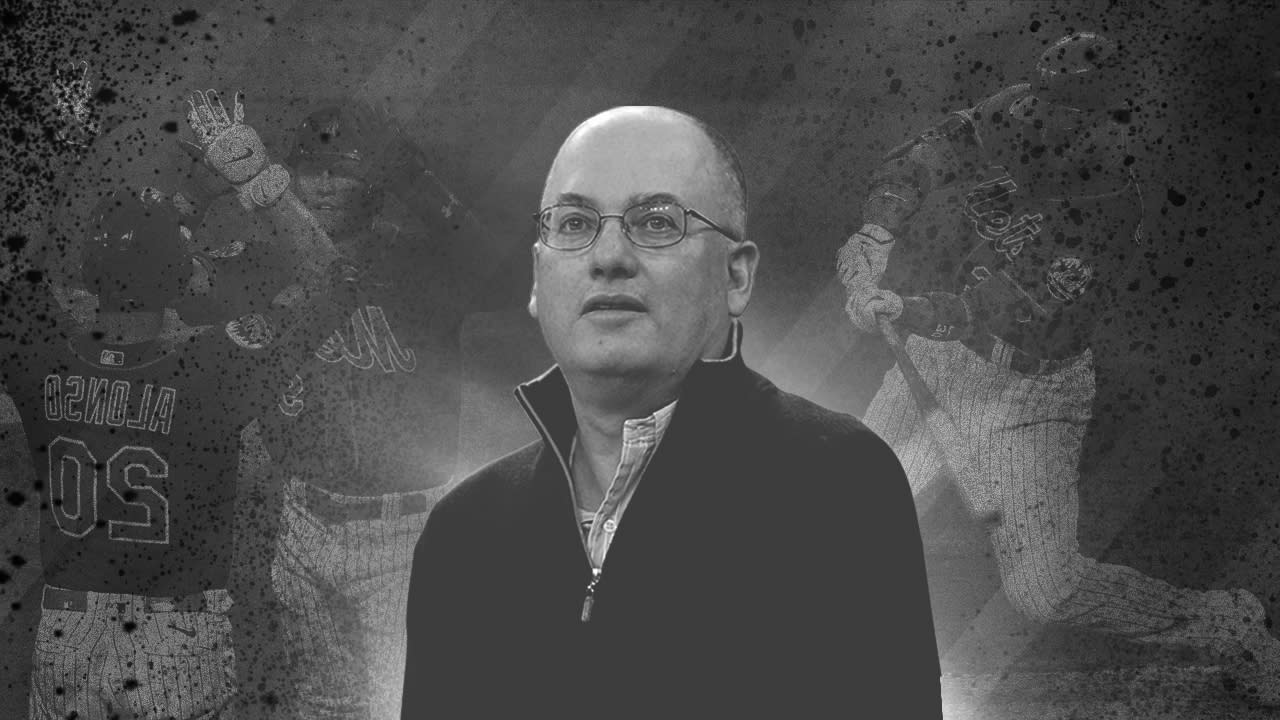