Skip to content
Home>> Sports>>2020 Fantasy Baseball: What is CTBA?

A popular stat for fantasy baseball owners over the last decade is BABIP (Batting Average Balls in Play). This stat isn’t a good reference point for determining a player’s batting average. Each player in baseball has their skillset and baseline for BABIP. Like batting average, this stat can have a wide range from season to season for each player. What looks suitable for one player in one season may be bad for another player in the same year.

The bottom line for me is that if a player hits the ball hard, he will get more hits. With poor contact, a hitter will make easier outs.

My best example of this is Barry Bonds. He has a career .285 BABIP while hitting .298 in his major career. In essence, his low BABIP was due to a high volume of home runs (762), which is the part that bothers me the most. Why are we discounting the hardest hit balls? If a player hits a line drive off the centerfield wall for a hit, the defense had no chance to catch the ball. The same goes for a ball over the fence. Therefore, I decided to go against the grain in this area. I came up with CTBA (contact batting average). I want to know what a player hits when he makes contact with the ball. CTBA = Hits/At-bats minus strikeouts. Looking back, I probably should add back sacrifice flies.

My goal here with CTBA is to determine a better range for batting average. Most of us fear high strikeout batters as they can kill us in batting average, but players with an elite contact batting average can overcome some of their downside while also having a chance to lower their strikeout rate.

In my early development as a fantasy baseball player, I used Ron Shandler’s Baseball Forecaster to do my research. He had a stat called contact rate (at-bats minus strikeouts/at-bats). When using this data, it helped to avoid high strikeout batters that invited batting average risk. At the same time, it did cause me some confusion as to what type of hitter had the most upside in batting average.

By looking at Miguel Sano’s profile, he has a .241 batting average in his career with the Twins with an insanely high strikeout rate (37 percent). His contact rate is only 63 percent, which screams disaster downside in batting average.

If Sano lowered his strikeout rate to 30 percent while maintaining his career contact batting average, he would become a .274 hitter.

Andrelton Simmons is one of the toughest players in the majors to strike out (9.0 percent), giving him an elite contact rate (91). His BABIP in his career is only .283. Simmons has a contact batting average of .298, which means his ceiling is limited in batting average.

In a perfect research world, we want to find a player with a high contact batting average while owning an underlying skill set to improve his approach.

A player with a low CTBA was minimal upside in batting average. A batter with a low BABIP still has the opportunity to hit over .300 if he has enough home runs.

As a fantasy owner, I want the players who have the best chance to hit the ball hard, leading to home runs and production in RBI. We must walk a fine line deciding between high strikeout batters to limit the damage in batting average. CTBA is a way to see who has the best chance to get a hit when they put the ball in play, which isn’t the case for BABIP. A high CTBA and improving approach at the plate is a great skill set to be looking for on draft day.

Amid the rubble of Mosul, Pope Francis declares hope ‘more powerful than hatred’

Deliveroo boss Will Shu: ‘I was never into start-ups’ 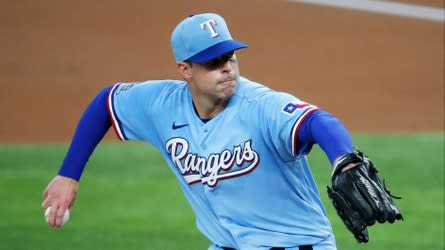 India vs Australia: Playing Virat Kohli’s men at home the Test pinnacle now, it is like Ashes, says Nathan Lyon